The Top 10 Things To Do On A Vet Eco Experience 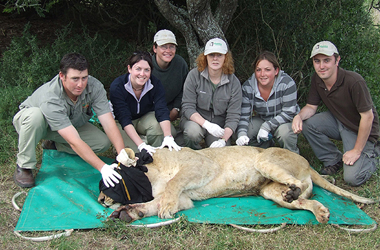 Rachel Simmons is a member of the Gap Africa team who often heads out on the Vet Eco Experiences. To help give an insight into some of the things you can expect to get up to on the project, Rachel has put together a list of her top 10 moments!

This hippo was being badly bullied within the social circle it was in and had hid far from water out of its normal habitat, it was darted and relocated to a new reserve to join in with a new group of Hippos! Here the student is learning how to deliver an intra muscular injection of antibiotics so the dart wound doesn’t get infected. 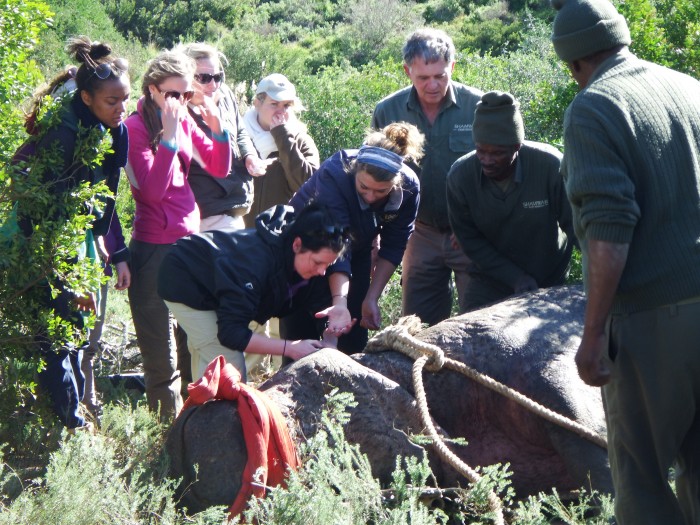 2. Release a new Cheetah onto the reserve

Our volunteers were involved in moving and releasing this new cheetah onto the reserve in the hope she will go onto breed and increase the genetic pool on this reserve. 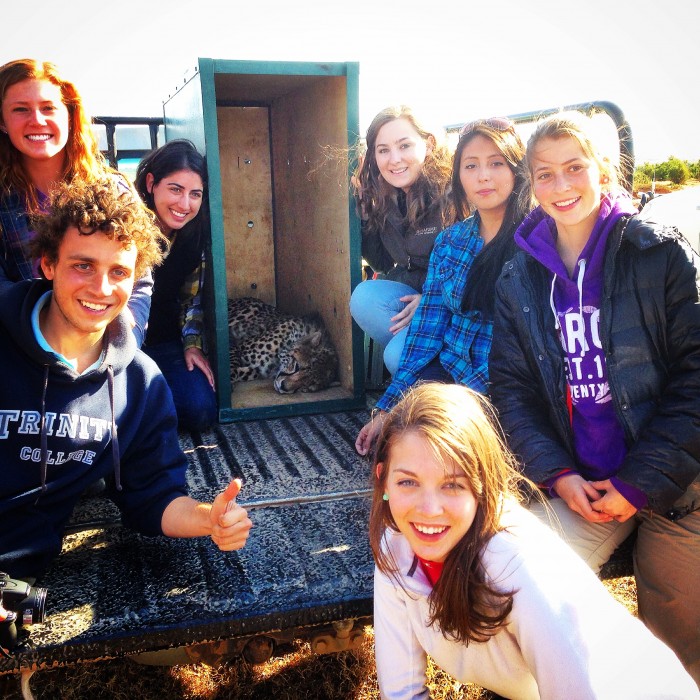 3. Help dart a Lion and fit a contraceptive implant

There was a male lion nearby this female and we did not want them to breed so we inserted a hormonal implant into her leg so she would not be able to get pregnant, despite Mr Lions best efforts! 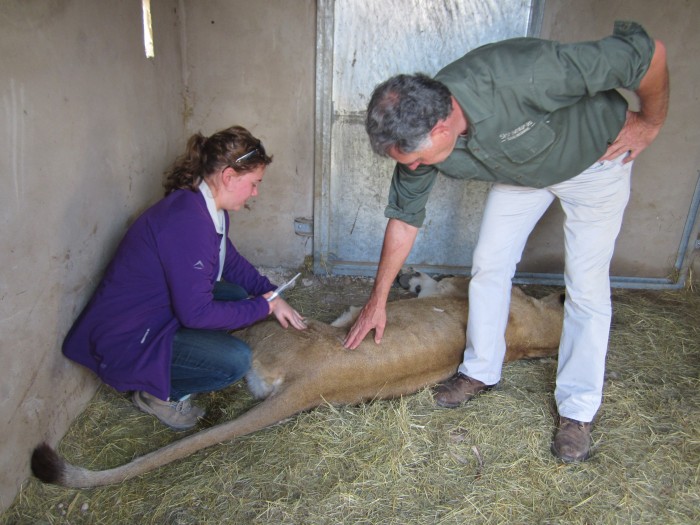 4. Learn how to load a dart

The students get to learn about all the different drugs used in wildlife and how we use these in darts to deliver them into the animal safely. The drugs are very dangerous to humans – but don’t worry the students only use water to practice loading them! 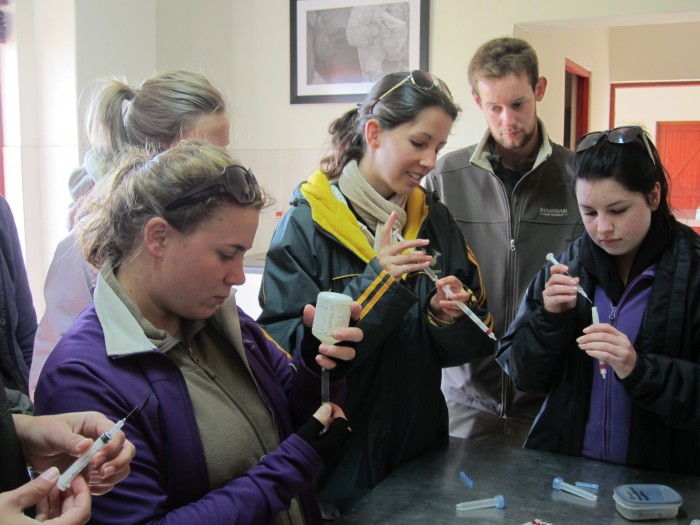 Some species can be caught in big numbers instead of just darting individual animals at a time – this includes ostrich! It can be very dangerous but also a lot of fun! Once you have run the ostrich into the system it becomes narrower and narrower until a corridor which leads onto a game truck that can take the ostrich to a new home. 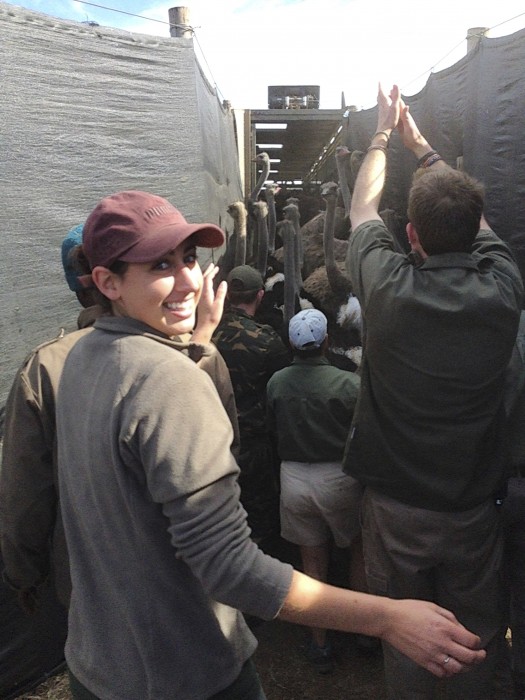 6. Make a difference in the local community on the Local Outreach day

We take the pre vet students into the local town ship and give them the opportunity to make a real difference within our domestic species. Vaccinating, de worming and flea treating dogs. This not only improves animal welfare for these individual dogs and cats but helps human health by reducing zoonotic diseases (diseases spread easily between humans and animals) in particular we vaccinate against rabies. 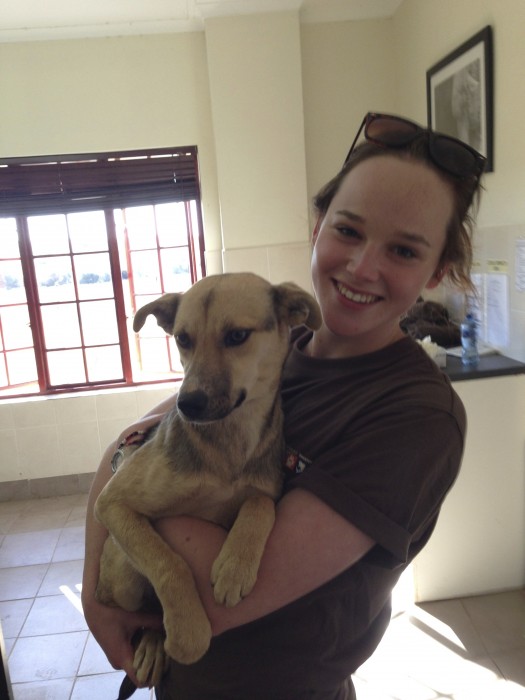 Catch various smaller antelope species in a net system and catch them and carry them onto the game truck where they are injected with a mild tranquilliser to keep them calm on their journey to their new home. 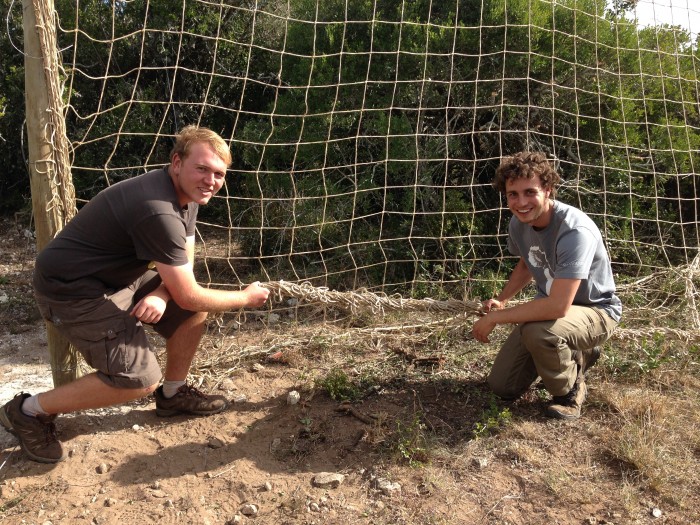 8. Learn how to do an Intra venous injection…. On an Eland!

The largest antelope species in the world. Here our pre vet student did an excellent job of her first IV! How cool to say you learnt on this amazing species. 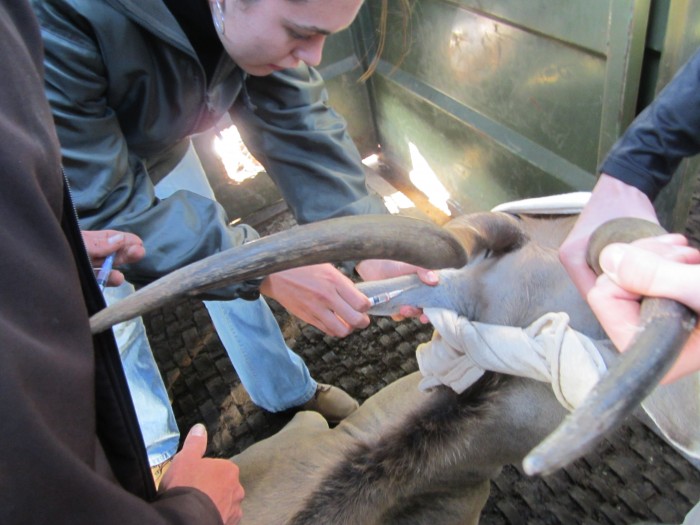 When animals are darted for translocation you have to keep them as calm as possible – this is very much helped by blindfolding them and plugging their ears so they cant see or hear any of the scary things going on around them.

10. Carry out a Post Mortem on a species from the African bush

Here our students are learning why this Nyala died. This really helps wildlife vets understand what diseases are spreading throughout populations and what they need to focus their efforts into controlling. 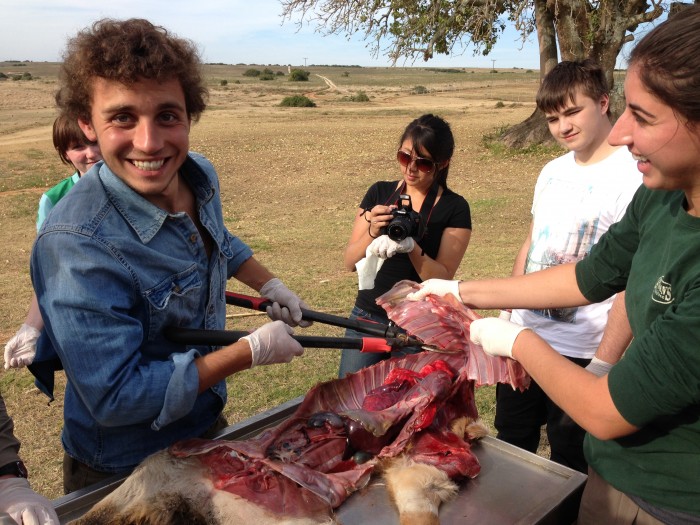