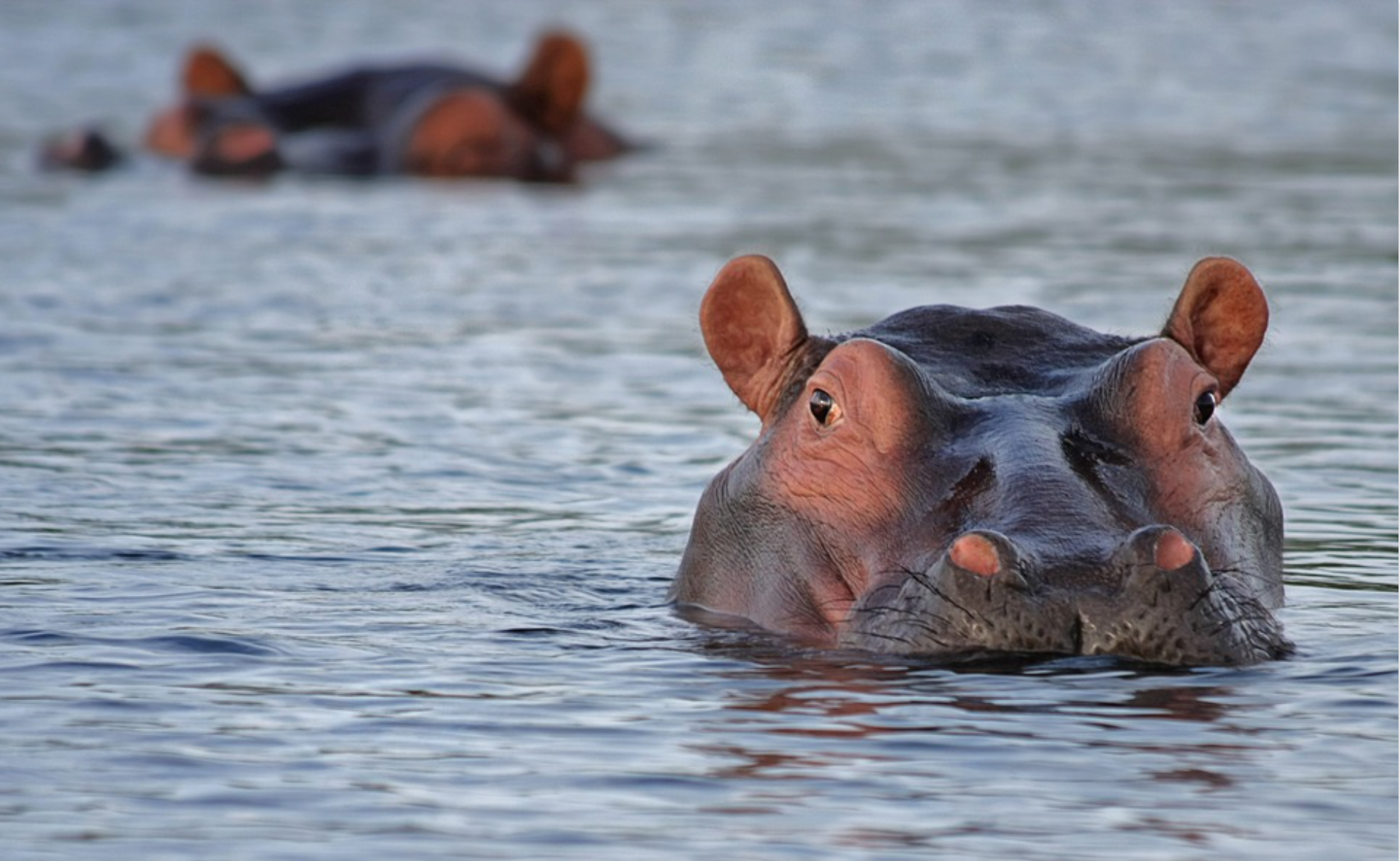 Like many land mammals, hippos are territorial and males protect their territory from other males.  These territories usually contains a large mass of water (in this case, the Bushman’s river) and the dominant male’s cows, which he doesn’t like to share. Hippos are nocturnal and spend most of their time in or near water, predominantly leaving at night to find feeding grounds, with grass to eat.  As Shamwari is quite dry at the moment, the rivers are running low and territories tend to shrink with it.

We recently found a sub-adult hippo bull amongst the thicket, who was chased out by the territorial bull.  It had scratches and bite marks along its back and we called Shamwari vet, Dr. Johan Joubert, who decided it had to be captured and treated.  What an experience we had darting it, getting the big animal on the truck and creating a temporary home for it at the animal hospital.  Hippos tame down quite quickly in captivity and it was eating lucern almost immediately.  We even dug it a small hole and filled it with water so it could cool down during the day and keep its skin moist.  It received daily treatments to heal its back and started to look better every day.  A few weeks later another younger hippo was brought in with the same conditions and they were put next to each other.  The smell of the older one calmed the new one and they even stood next to each other some days.  We are happy to announce that both were released in the northern section of Shamwari, which has a low hippo density and multiple water systems for them to live in.