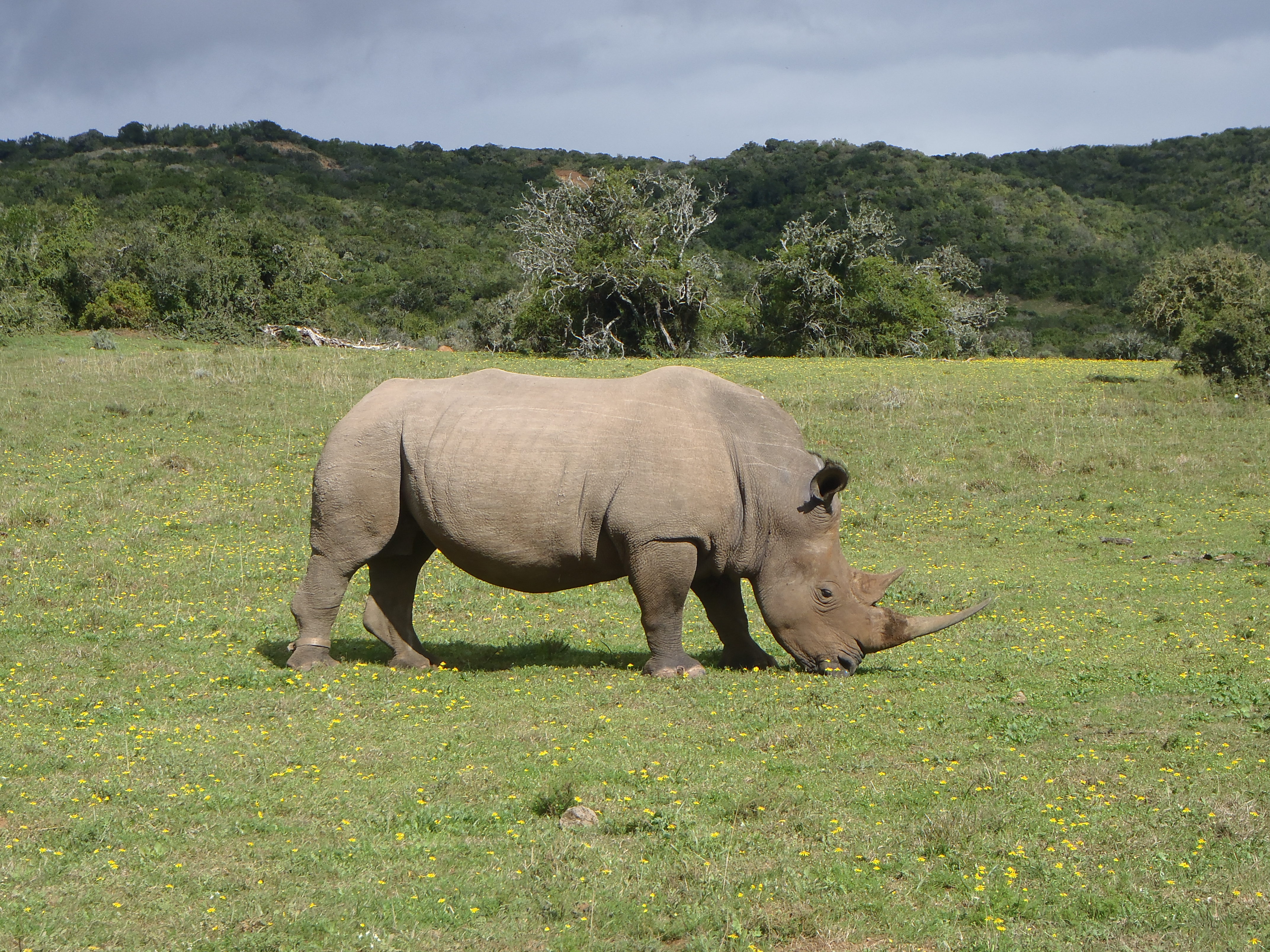 Yesterday Anja (Shamwari’s animal monitoring lady) found a white rhino calf with a wire wrapped around its back ankle. We darted the mother first because she would attack anyone who tries to get close  to her calf. Then the calf was darted, who went down close to its mom. We removed the wire which turned out to be a snare.  Wire snares are commonly used in the African bush to catch bush meat such as antelope and warthogs.  Snares are camouflaged and placed along animal footpaths or close to burrows or water.

When an animal walks through it, the loop tightens around their neck or leg. The animal’s natural instinct is to fight it and ends up choking itself. The other end of the snare is tied to a tree or rock to prevent the animal from running away. This is a cruel and unselective way of catching bush meat.  The rhino calf must have walked through one and because it is much stronger than the animal it was intended for, pulled it free. Luckily it was wrapped so loosely around its ankle that it came of easily and did not injure the calf.  We took the opportunity while the calf was down and the SCE volunteers got to ear notch, micro-chip and take blood from the calf.  This could have ended on a more serious note if it wasn’t for Shamwari’s expert conservation and monitoring team.