A Day in the Life – Vet Eco Experience 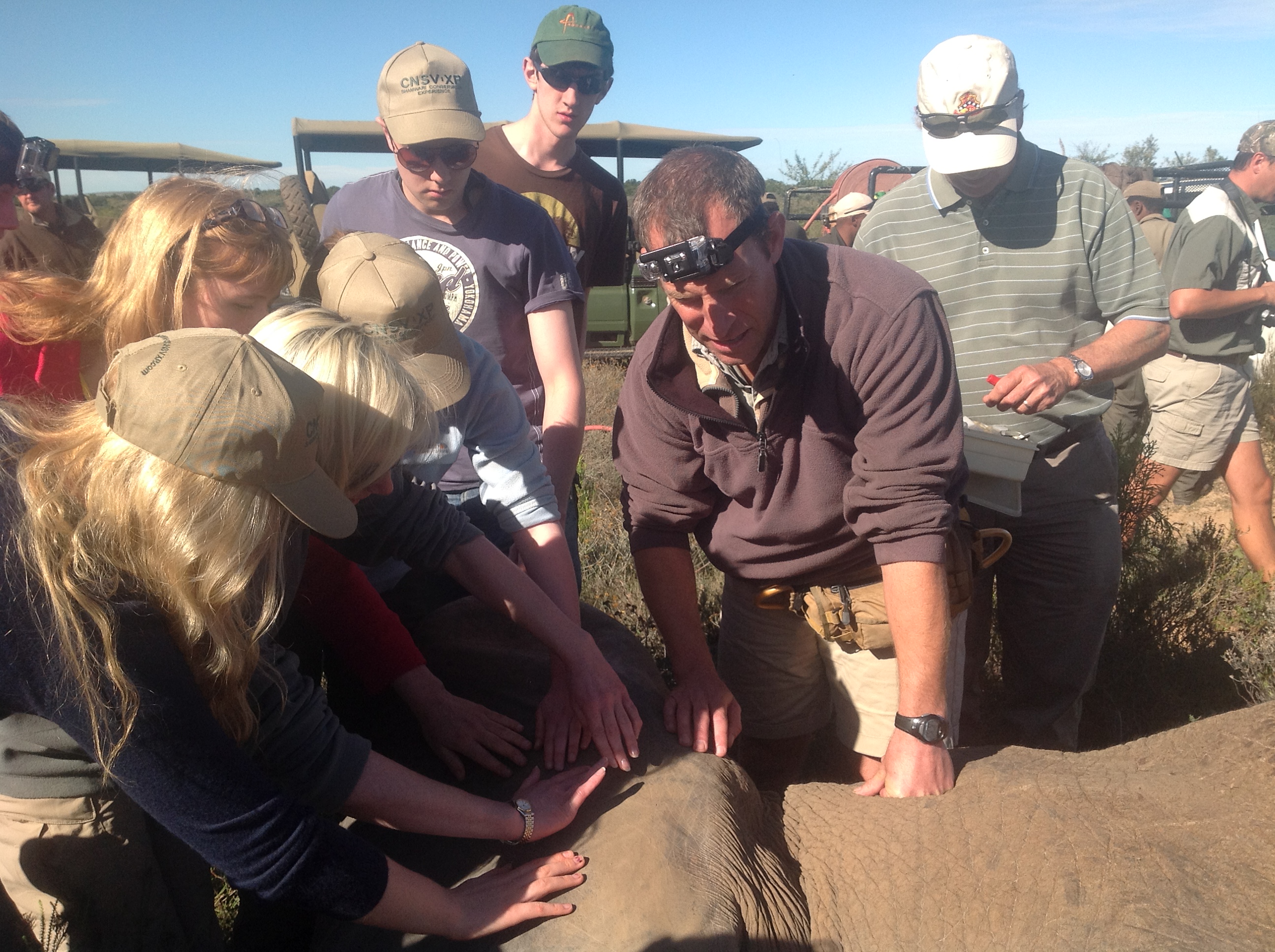 We had an amazing outing on this day. We were out very early to track the two elephant bulls who were last known to be around and about separate herds or groups – all just in passing and as natural as can be we first saw a coalition of male cheetah, then 9 lions crossing past the vehicle at close quarter whilst spotting from APU lookout, a 5 second glimpse of a rarely seen leopard cub (offspring of “Natasha” who is offspring the legendary Sindile,) spent some hours further tracking and a legendary ellie spot at a few hundred meters and deep in the thickets by yours truly, then further tracking on vehicle, helicopter reconnaissance to identify the correct bulls and then darting the two elephant and then captured 6 waterbuck – all in a days work!