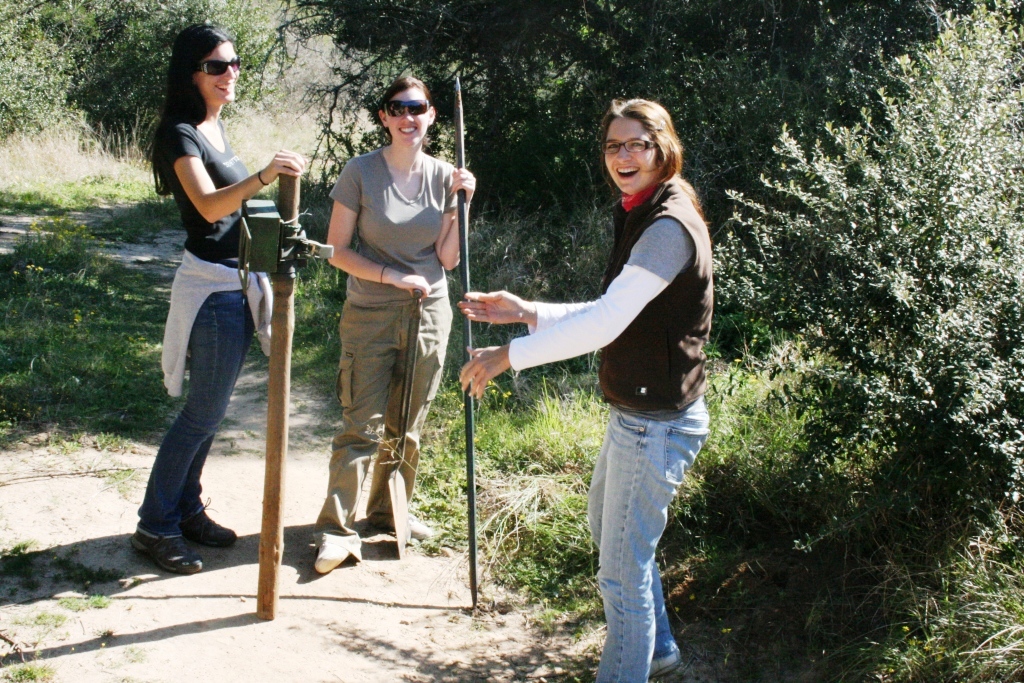 Previous studies on the brown hyaena have shown it to have a very diverse diet and although primarily a scavenger of mammals, it also forages for insects, reptiles, birds and their eggs and plants.The aim of this study is to compare the feeding and spatial ecology of brown hyaena living within and outside a protected area. This, it is hoped, will add to the existing knowledge of our understanding of brown hyaena ecology and the human wildlife conflict interactions occurring in the Eastern Cape.

We will collect and analyse scat (faeces) samples to get an idea of what these elusive creatures diet consist whilst we carry out our conservation work. We will also be setting up camera traps around the reserve and its neighbouring farms to try and get footage of brown hyaena in order to identify individuals. This footage will be used to try and plot their movement and distribution within as well as outside the reserve. The aim is also to get funding for collars as this will give us more data on movement and distribution. 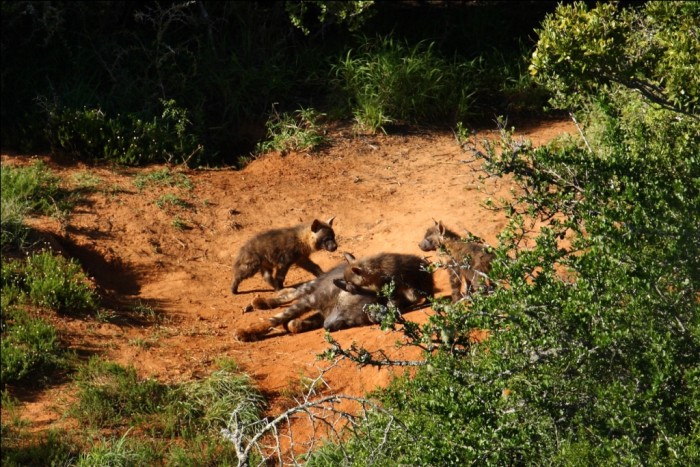 Despite being generalist feeders, hyaena appear to lean towards specific prey items depending on their habitat. For example, in the southern Kalahari 58 different food types were identified in faecal samples, but along the Namib Desert coast, the diet of the brown hyaena is much less varied, with Cape fur seals making up the bulk of the diet.

Brown hyaenas are inefficient predators and food obtained by hunting is rare. In the southern Kalahari only 4.7% of hunting attempts were successful and those vertebrates hunted successfully made up only 4.2% of the total vertebrate diet. Vertebrates hunted were also of small sizes and included birds such as korhaan, small mammals such as springbok lambs, springhare, striped polecat and bat-eared foxes. Along the Namib coast line only 2.9% of the Cape fur seal pups eaten were killed by the Brown hyaenas. In areas where brown hyaena ranges overlap with agricultural lands, remains of domestic dogs, cats, cattle, goats, sheep, horses and donkey have also been found in their faecal scats. Information regarding the diet and movement of free-ranging animals provides information on the resources available to and utilised by these animals.