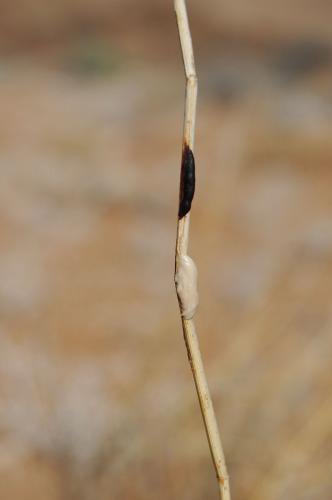 The brown hyena is an elusive, nocturnal scavenger which feed mainly on vertebrate remains. With a trained eye one should be able to spot brown hyena activity such as the pasting on a grass blade, shown in the picture bellow.

Very little is known about the special and feeding ecology of this animal. We have the privilege of having one of our own coordinators (Konrad Muller) doing research on the Brown Hyena for his Masters thesis. This gives SCE volunteers, who work with animals, the opportunity to get involved in the data collection process, such as putting out camera traps at den sights, identifying different hyenas and scat analysis.