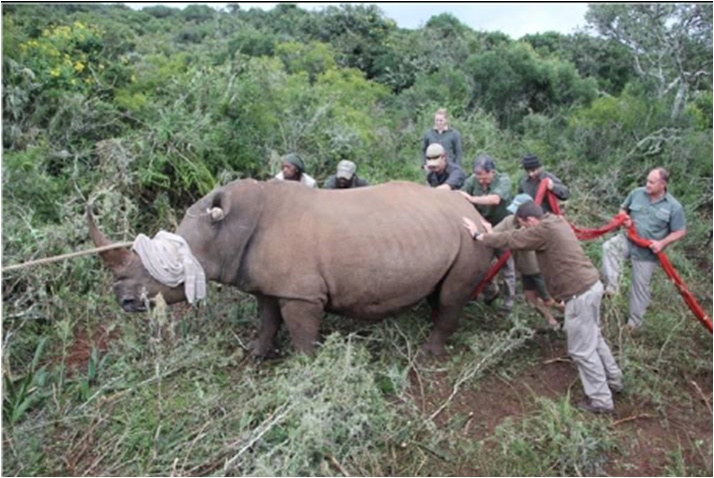 Shamwari Game Reserve is about 25000ha in size (that’s about 25000 rugby fields). Even though it’s quite a large area for a game reserve in the Eastern Cape, it sustains a lot of different browsers and grazers, competing for the same vegetation and territories. Modern conservation is practiced all over South Africa. Because of mans interference (e.g. fencing animals in and preventing natural migrations) we have to carefully manage the animal numbers i.e. carrying capacity and genetic diversity on the reserve to ensure a healthy biodiversity for all animals and vegetation involved.

The white rhino in these pictures was darted and transported to another game reserve about a month ago. It is darted by helicopter so that if it runs into the thicket the pilot can keep an eye on it till the team gets to where it went down. The crane truck in the meantime gets a container into position nearby. The rhino is blindfolded and its ears plugged to minimize stress. A rope is put around the rhino that leads through to the container. The rhino is given a drug which partially wakes it up (just enough to stand up and walk). Once the rhino gets up, we all push and pull on the rope to lead it safely into the crate. The container is put back onto the truck and off it goes. 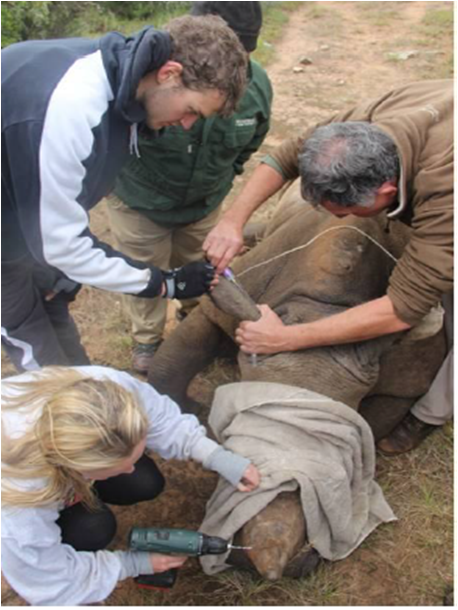 In the photo above, the Shamwari Conservation Experience volunteers are helping Dr. Joubert to drill the horn and draw blood for DNA sampling.