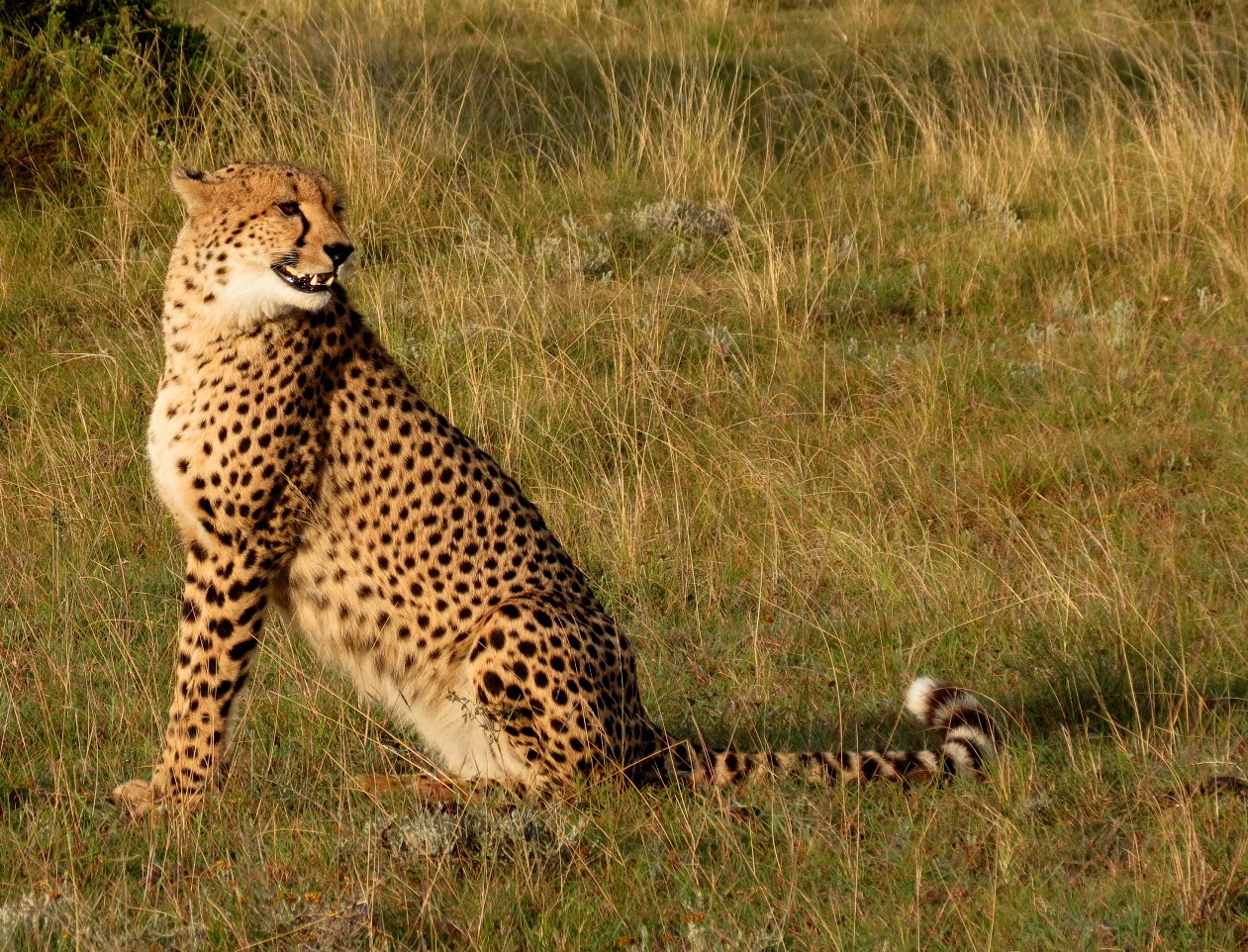 The reserve is very wet these days with a lot of rainfall experienced in the last week. It is rather cold due to the weather and the animals are playing hide and seek trying to avoid the cold rainy weather as much as possible.

A rather surprising change however is the three cheetah brothers are being seen more and more these days, even with the bad weather that we have been experiencing. They are constantly looking for the next meal with quite a few encounters being witnessed between the cheetahs and their prey. They have however not lost their fear of warthogs as a sighting was had were all three made a quick retreat when a male warthog stood up to them and started chasing them all over the plains. This sighting caused quite a bit of amusement with the guests, as it is obviously not seen very often that three predators makes haste from such a small contender. The cheetahs are doing very well and have gained a lot of hunting experience since they have been released on the reserve. They are also not the three small cheetahs we originally released, these guys have built a lot of muscles with their mountain climbing excursions and will definitely be targeting the bigger game very soon as their power and ability increases.

The little elephant calf is doing extremely well, and although she might not enjoy the temperatures she is experiencing these days, she does love the mud that all the rain is creating, always being covered from toe to trunk with mud when we get to have a sighting of them.