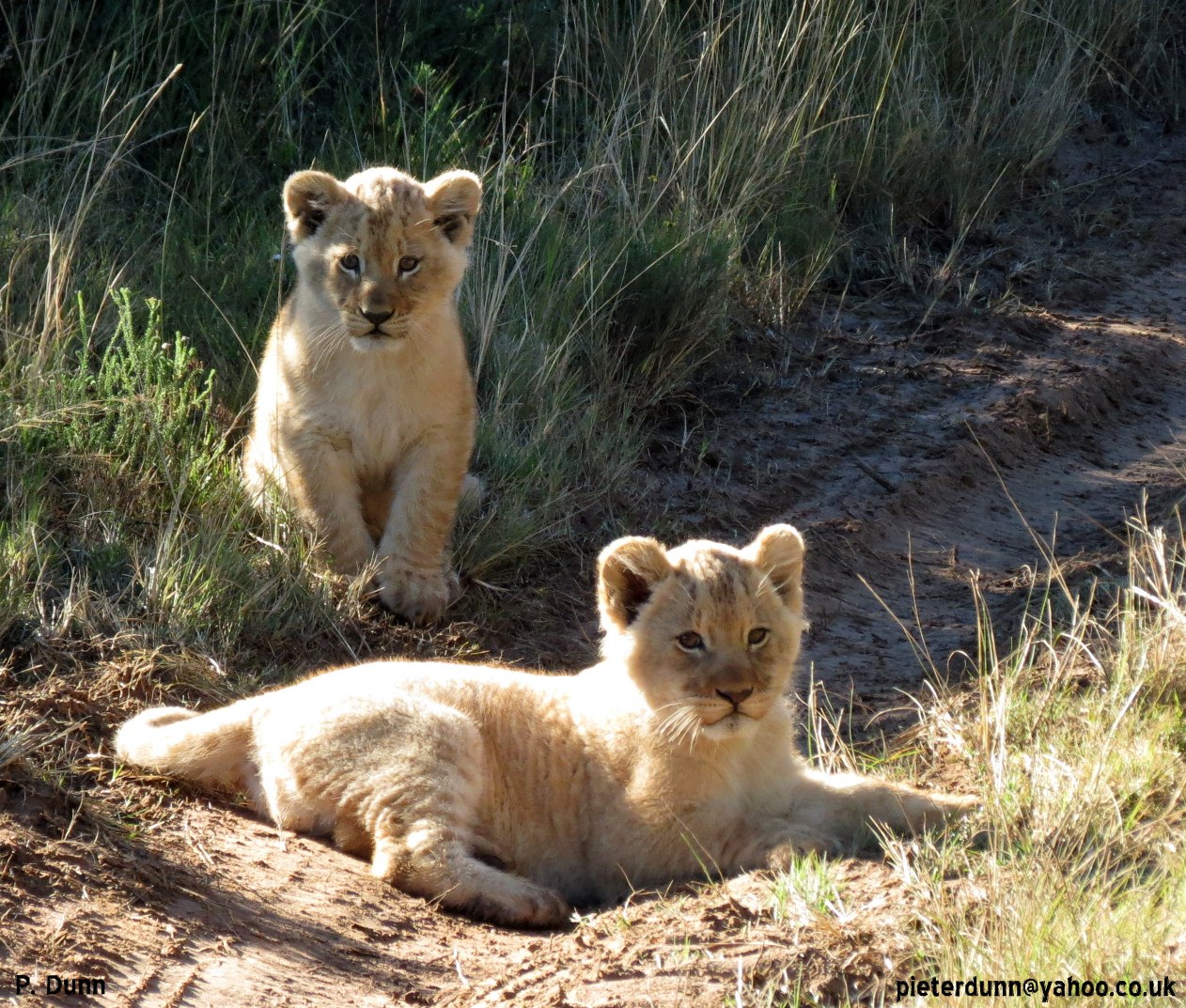 Woke up this morning with a choir of hyenas and jackal calls, it is still dark out in the bush. I wonder, the white lioness with her sub adult were seen in the area yesterday, they looked like they were on the hunt. Could it be that they were successful in a hunt, it would explain the laughter of hyenas and cries of jackal this early in the morning. The little sub adult is learning quickly and anything that moves she sees as fair game and the chase is on. Between the two of them they are definitely a force to be reckoned with, as within the last week they made no less than three warthog kills and a fully grown blue wildebeest kill.

Then there is the split lioness with her two new cubs, they should be reaching the age of 10 weeks now and our sightings of them have improved drastically in the last week as the included photos will show. The lioness is also not holding back in the hunting department, always making sure there is more than enough food for the two little ones and herself. In the last week she made three warthog kills three days in a row, leaving all three of them fat and lazy for a few days. There is not yet certainty on the sexes of the two cubs, but it does seem like one is a bit greedier than the other when it comes to feeding, giving us the impression that there might be one male and one female, but we still have to wait a bit before making any final decisions in this regard.

Another very big attraction these days is Hapoor Juniors’ new offspring on the reserve. The little elephant calf is around 3-4 weeks old now and will be one of the last calves of the Hapoor Junior lineage. There is currently still a young female that is pregnant with her first calf and with the gestation period being 22-24 months the mating would still have occurred under Hapoor Juniors’ watch as dominant male on the reserve. The herd is still being illusive with the little calf and sightings are rather sparse, but when we do get to see the little one running around it is always to big amusement with it being a bit unstable and still stumbles around when it moves to quickly for itself. 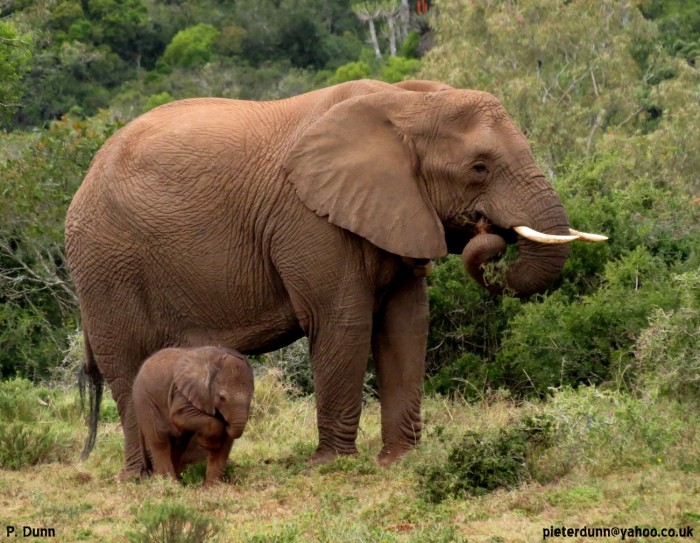 Although it might be cold out in the bush these days, with sightings like these we always have enough warmth to go out and visit all our new additions to the Pumba family.
Bush Regards
Pieter