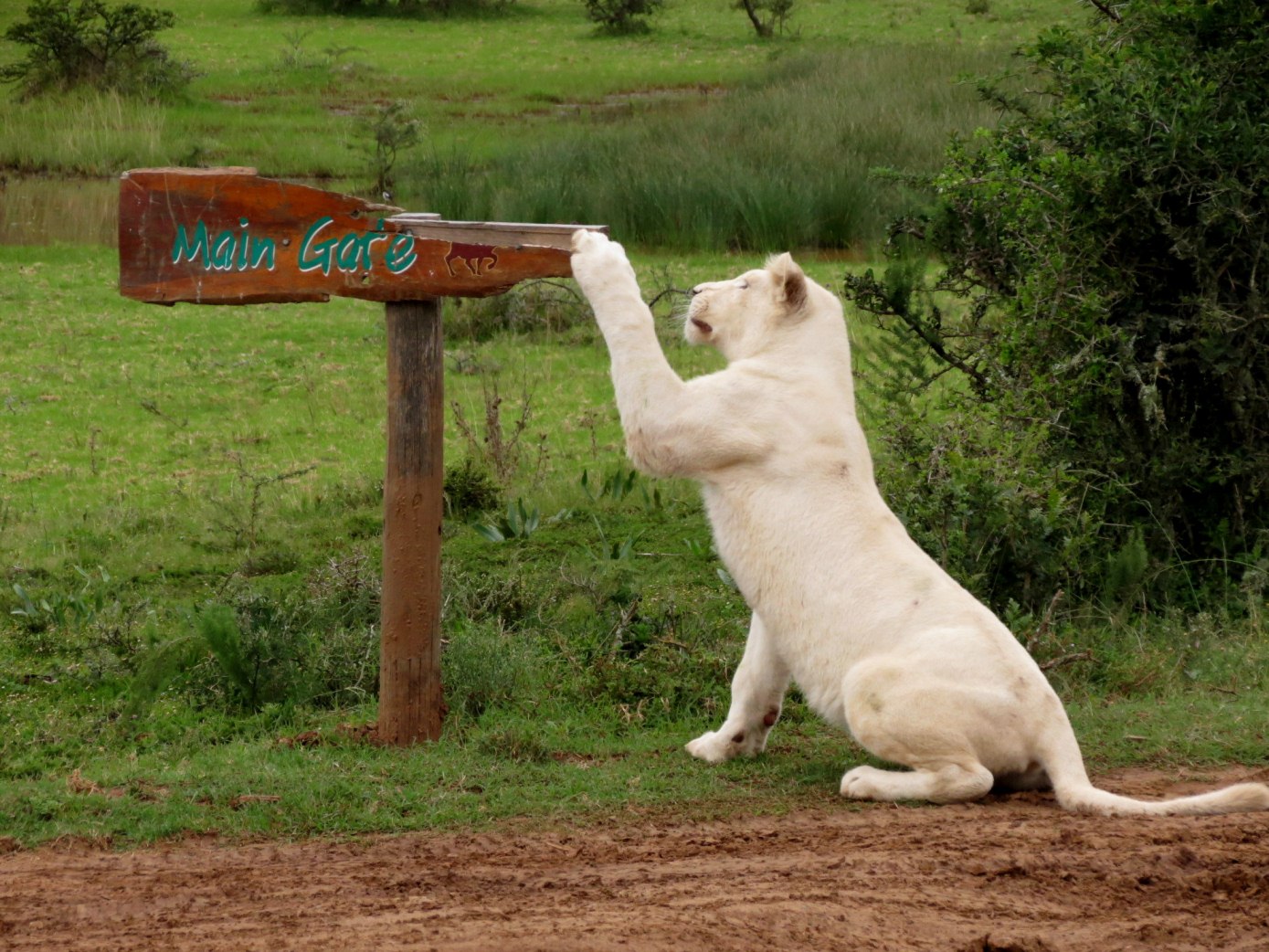 A quick update from Pieter Dunn at Pumba Game Reserve, sounds like some nice sightings!

Yet another interesting couple of weeks, only like the bush can offer.

The sun is setting in the west over the ridge and just before it disappears completely the split lioness jumps up with the white male short on her heels. What are they doing? Where are they going? SQUEEEEELLLL!!!!!! Into a warthog burrow they go and before you know it they pull a warthog from under the ground, but what is this, for once the female does not go according to the normal behaviour and dominates the male on the kill. After getting a few hard hitting shots from the lioness the male decided to step aside and let the female go first. Luckily for him she is not as greedy as he is and leaves the carcass with enough for him to also get a bit of a taste.

A bit more of an unusual scenario played of as well when a Black-backed Jackal overpowered a massive Vlei Rat in front of a game viewer. Unlike the general consensus of jackal being mainly scavengers they actually only scavenge about 20% of their meals and will actively hunt the other 80% themselves. Their diet consists of a huge variety including rodents, birds, hares and even fruit.

The fish eagles are also doing us proud, with at least two sub adults already spotted on the reserve. It does seem like the mating pair as moved away from their long time nest across the lake from Pumba Water Lodge to a quieter stretch of lake around the corner, but at least it has not affected their breeding.

Hope you enjoyed the little bush buzz of the last couple of weeks.