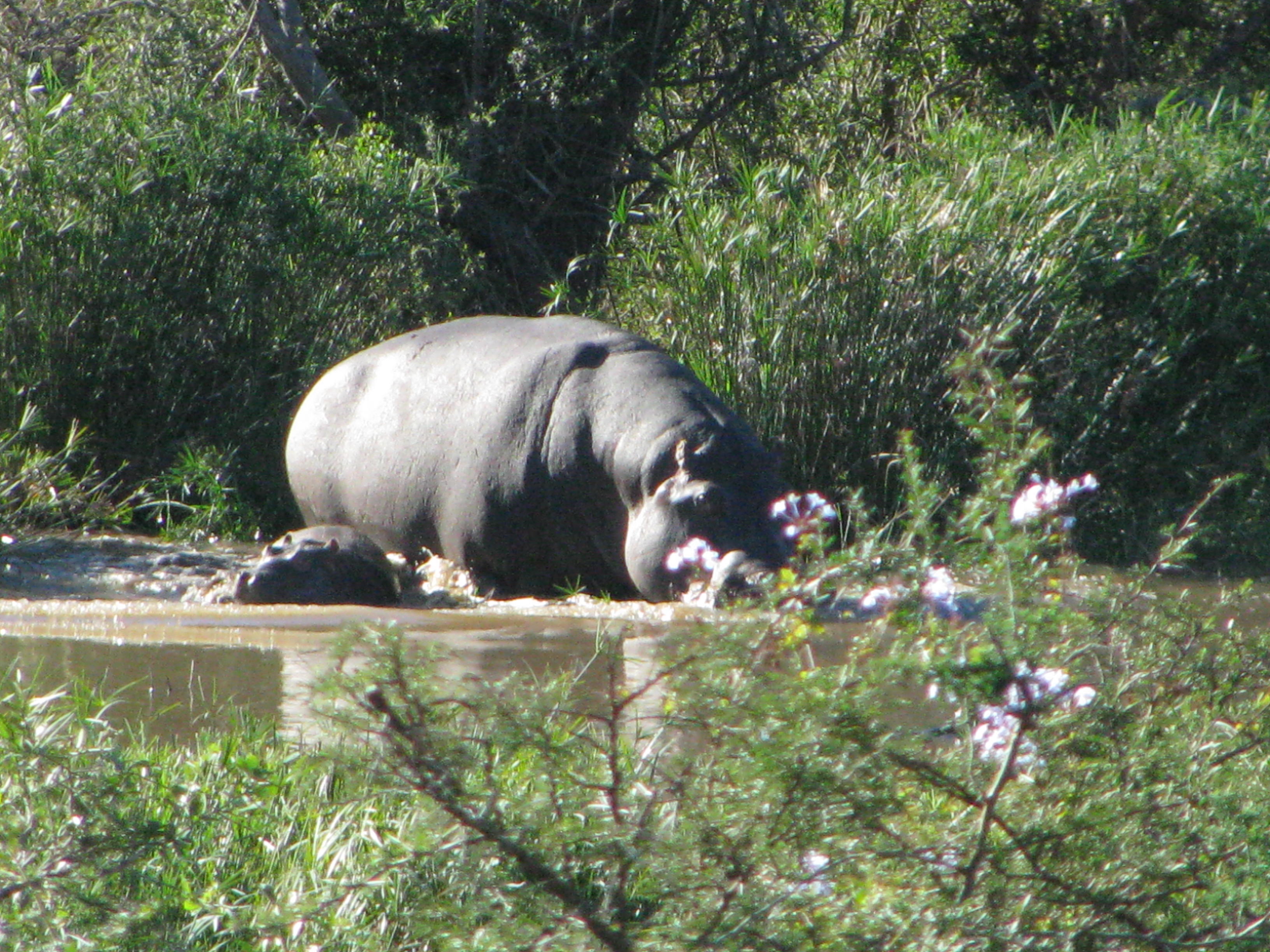 This month has really shown the arrival of summer, and we made the most of the warm weather by doing all sorts of exciting outdoor activities. We took the opportunity to hike instead of driving when changing leopard trail cameras in Harvestvale, those hilly terrain was a welcome challenge. Moving slowly through the bush gives one a chance to absorb the smaller things in nature, such as identifying insects, trees and animal tracks along the way. We got some good close-up footage of two dung beetles rolling balls of dung out of the road and identified spiders that have reappeared after the winter, as well as the wealth of butterflies emerging. Identifying tree species is also easier at this time of the year as many of them come out in beautiful flowers, which are key indicators when looking them up. One example of this is the wild pomegranate, or Burchellia bubalina, that has suddenly sprung up from obscurity with its brightly coloured orange flowers.

One of the many awesome animal sightings that we had this month that stand out in the Kariega volunteers mind was the hippopotamus. We happen across three adults and a baby quite close to the bank of a popular watering hole of theirs. On this particular day the normally shy and lazy hippos put on quite a show for us, with the baby scrambling over moms back and making lots of splashes and the big male displaying territorial behavior such as exposing his teeth and letting out great booming roars!

Other exciting encounters included watching two failed hunting attempts by the lions in broad daylight. The incidents took place on separate days but were very similar in character. Both hunts took place on grassy plains where the focus of the drawn out stalk was a group of unsuspecting warthogs. The stalk was led by the one remaining lioness with the pride, as her sister had disappeared into the bush to give birth to (we now know) three new gorgeous cubs!! Unfortunately the lioness had an inadequate group in the form of backup, which ultimately cost them their lunch both times. Included in this group were an impatient male lion, three overly enthusiastic but inexperienced one-year-old cubs and a lazy dominant male that wanted no part in the whole thing. One of the hunts ended in chaos when the warthogs walked straight into the trap of encircled crouching lions. The male grew impatient and stood up with the warthogs no more than five meters away from him, and in the ensuing confusion one of the warthogs ran directly at the still awaiting lioness who missed it by a swipe of the paw! We also had another close encounter with the three one-year-old cubs on a night drive. They were only a few hundred meters from the volunteer house at the time and had been left to their own devices, presumably while the adults were out on a hunt. Of course our cruiser decided that this was the opportune moment to give up on life and with that our battery suddenly died! Luckily the cubs were more interested in digging up springhares than to bother about what was going on with us. So as we sat tight and waited for a kind ranger to rescue us we enjoyed the rest of the sighting, not to mention the stars, as the lions slowly made their way into the distance.

On the work side of things we managed to clean up our bush-sleepout campsite, that had been flooded this rainy winter. After a great deal of clearing pathways, cutting grass, trimming trees and the removal of general debris, the campsite is looking great! (In anticipation of many campouts to come this summer.) As usual, Kariega volunteers also did their fair share of alien removal around the Kariega properties. This included a new project to try and rid River Lodge of their pesky Lantana population. Lantana is a medium sized invasive shrub which pretty flowers belie its poisonous qualities as a noxious weed. Other invasive plant species that were forcibly evicted from Kariega this month include the black wattle, pine trees and port jacksons.

To end October off in style we were treated to an evening of fine dining at the Kariega restaurant. This was a “boma” night, or outdoor meal, which consisted of a buffet of traditionally cooked South African dishes and braaied (barbecued) meat, accompanied by a selection of breads and salads, and followed by a range of decedent pudding choices. There was even some ethnical entertainment provided by the kitchen staff at the end of the meal, with Xhosa songs and drums creating a wonderful African atmosphere.

Hope to see you here soon,