Unmasking the Gap Africa Cape Crusaders: Who are Gappy and Doug? 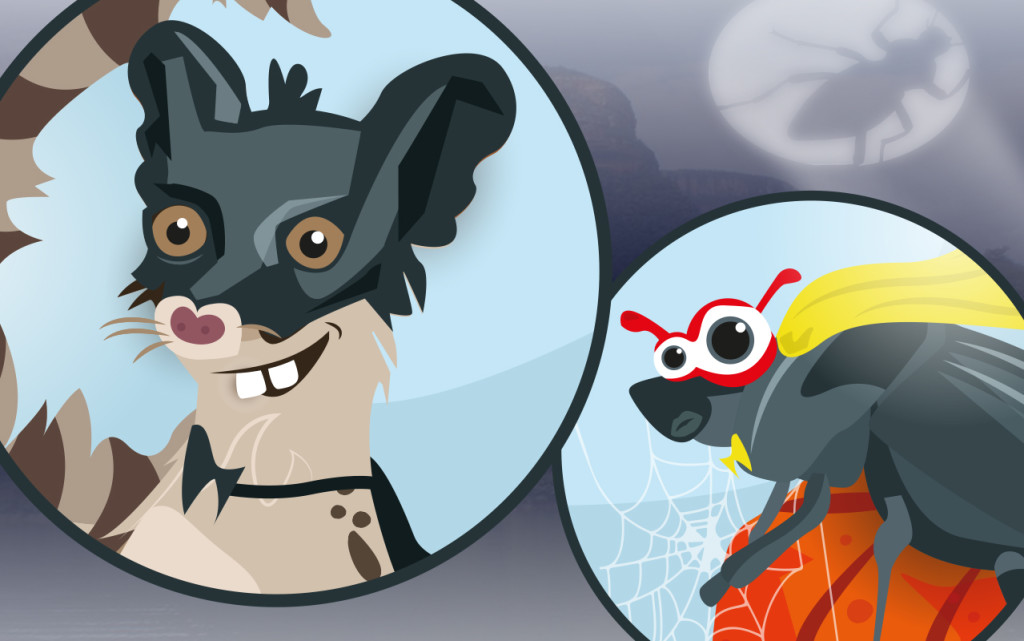 Where, oh where do we begin with Gappy? Well, first things first, he’s a Portuguese Genet, who once full of lethargy has now turned a dung ball and decided to delve into the depths of South African culture to find his fellow spotted brothers, the cape genets.

As a nocturnal creature his days used to be filled with a number of naps, promises of doing things tomorrow and a general lack of motivation. Gappy soon reached a point however where he realised something was missing, something that the sleepless nights and frozen mice just couldn’t fill – but he just couldn’t figure out what it was. Gappy seemed to have everything – living in a pleasant cul-de-sac (even if he was becoming a bit of a nuisance in the neighbourhood), poultry on tap and not a care in the world.

Have you ever had that continuous nagging in the back of your head telling you that you’re not living right; that there must be more to life than sleeping all day and sipping on gin and juice every night? Well, that’s Gappy the Genet for you – and Gappy’s nagging came to him in the form of a larger-than-life, dung-pushing beetle named Doug.

So, how did he meet this dung-pushing liberator you ask? It all began with Doug; he was a pen pal who turned into something much more than that. After hundreds of letters, selfies, hashtags and pokes, put simply, Doug became the Robin to Gappy’s Batman. But between the gin and the rolling around with Doug and his friends (#dungfun) Gappy realised one day, after another near miss of squashing his beloved pint-sized companion, that he needed to find some of his own kind. It was about time he thought, to hop in the proverbial Batmobile and find his fellow South African Genets – something, he now realised thanks to Doug, that he should have done a long time ago.

And so Gappy packed up his Pot Noodles, lucky pants and hand sanitiser and began a journey of a lifetime – his very own Gap Africa adventure….