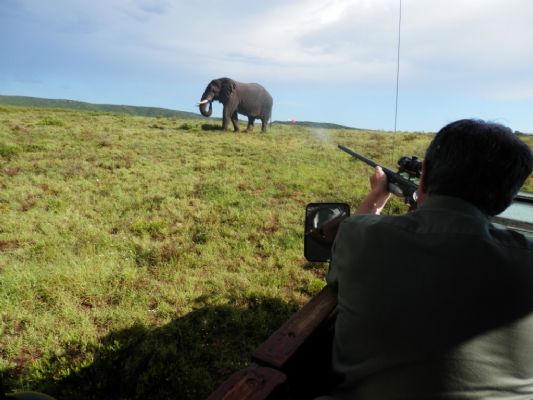 It is common knowledge that elephant numbers across most of Africa are at an all time high. Elephants have no major natural predators to control their numbers, other than humans (But a recent rise in poaching activities for ivory in central Africa may change all that). 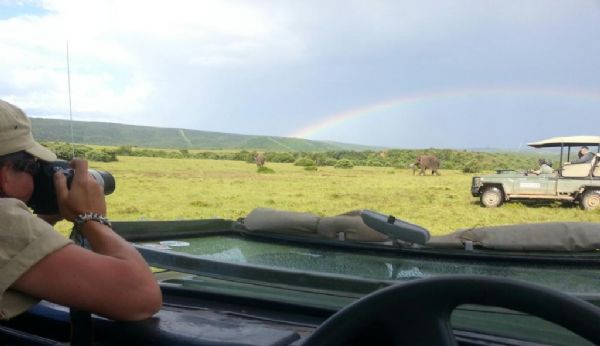 Elephant numbers also rise due to human development, causing a decline in their natural habitat. Elephant overpopulation can and has lead to the overutilisation and destruction of their natural habitat, which in turn negatively affects other species dependent on it for its survival.
There are various methods used to manage elephant numbers, a few being; Elephant relocation to other reserves (more humane), female contraception (more selective and reversible, but long term and difficult to manage in very large elephant populations) and culling (inhumane). 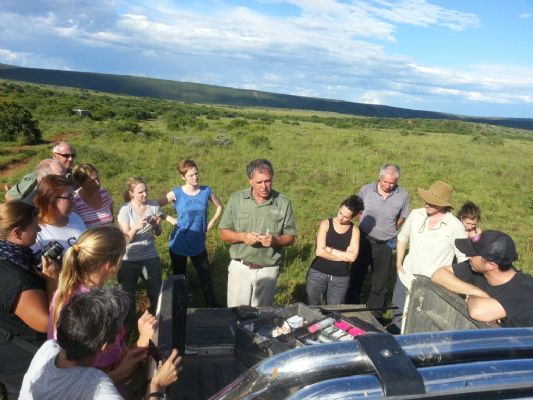 Shamwari is proud to contribute to a research project dedicated to find solutions to better manage elephant populations. If the experimental drug, which is currently being tested to stop sperm production in elephant bulls, is successful, cruel fates such as culling or starvation of elephants due to the lack of food could be prevented.
Last week we concluded the last of 2013’s elephant darting for an ongoing fertility research program on Shamwari Game Reserve. The SCE volunteers had an exciting afternoon, dodging a thunderstorm, followed by the most spectacular rainbow, while out looking for Jabulani, one of our research bulls. As soon as we located him and he had moved to an open area, safe for darting, we contacted Shamwari’s vet, Dr. Johan Joubert. 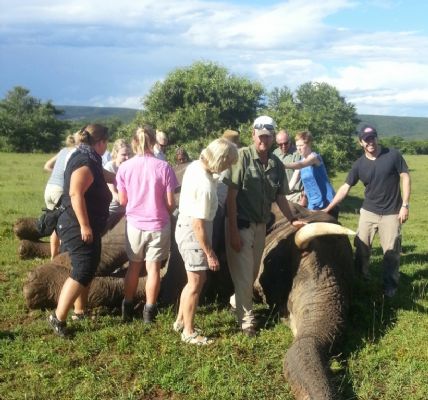 On his arrival Johan darted Jabulani from one of our volunteer vehicles and we waited for the big boy to go to sleep. It took a while for the drugs to take total effect, but he went down and it was safe to approach. For most, it was the first time they came so close to a wild African elephant and now was the time to touch and explore. The volunteers continued to monitor its breathing and a lucky few assisted Johan in taking blood samples and injecting the fertility- and eventually the wakeup drug.
We watched Jabulani wake up slowly, rock himself onto his feet and go on his way. We were left with a mutual feeling of respect for Africa’s giants, a better understanding of their conservation and grateful to have played a small part in it all.