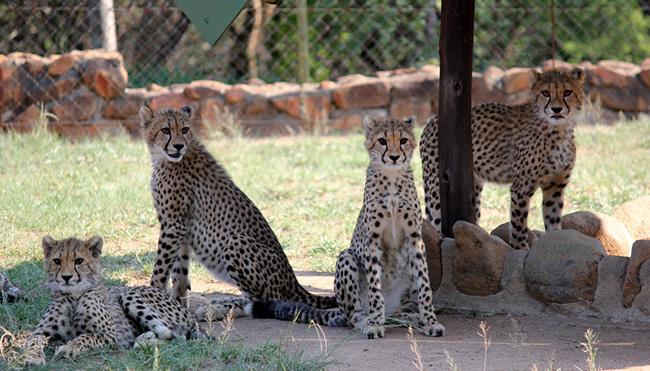 The cubs have been moved to the crèche as they are now at a crucial stage of growth, and need all the calcium, vitamins and minerals they can get. The crèche allows the curators easy access to the cubs, and the cubs can be fed individually, as well as receive the special attention they need. If the cubs are left to stay with their mothers, it is possible that they would not get enough meat and may end up malnourished.The crèche is also a place where the cubs can bond and get to know each other, allowing them to form their own groups. They will remain in the crèche for about three months.We have three camps, 290 square meters in size, each of which house between five and seven cubs.