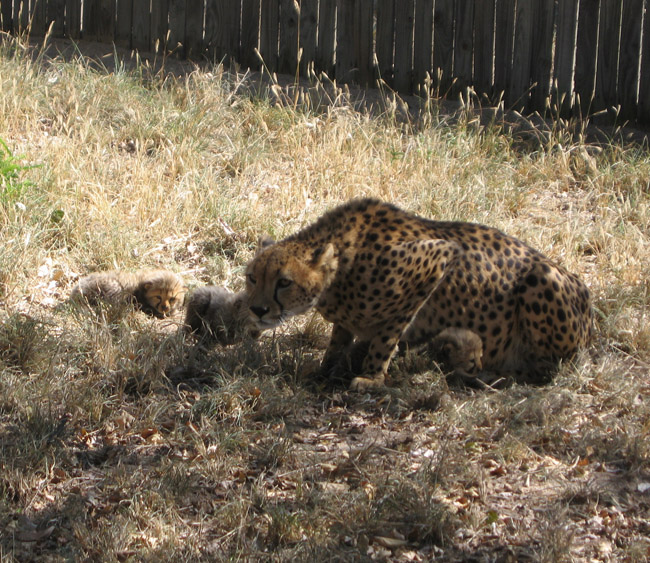 Thea with her cubs

What drama we had last week, Tuesday at Hoedspruit Endangered Species Centre! Everyone’s eyes have been focused on Salome, watching the live coverage of the birth of her cubs, and looking forward to watching them grow up. Little did we know that we should be paying attention to Thea and her three cubs as well! Salome and Thea are located in two enclosures alongside one another, with an open enclosure next to Thea. Both mothers were enjoying the warm sunshine with their cubs, when for some reason, Salome started paying attention to Thea’s little ones, and began making noises to attract their attention. Thea’s cubs responded by apporaching the fence near to where Salome and her cubs were lying. 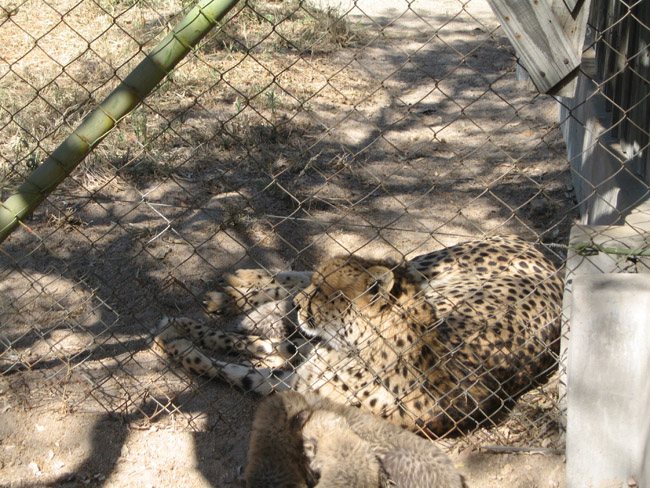 Thea’s cubs huddle at the fence with Salome at the other side
Thea, obviously confused and alarmed by this turn of events, started shouting pitifully – trying to call her cubs back to her. The cubs, bewildered by Salome’s pursuit, tried rapidly to get through the fence, pushing and bumping against each other in the process. Thea swiftly approached the fence, and soon both mothers were trying to fight each other as Thea tried to reclaim her cubs! Thankfully the fence stood in their way…

Mrs Lente Roode happened to be standing on the sideline as events unfolded, and fearing that one of the cubs would be injured in the fray – or that Thea would reject her cubs or be unable to feed them due to the stress of the experience, reacted immediately.

Mrs Roode collected Thea’s three cubs and moved them to the open enclosure and cut the fence in order to make it possible for Thea to reach her cubs. Thea passed through the gap in the fence, but paid no attention to her cubs. We all feared the worst – that she may reject her offspring, and prayed that she would have a change of heart during the night. 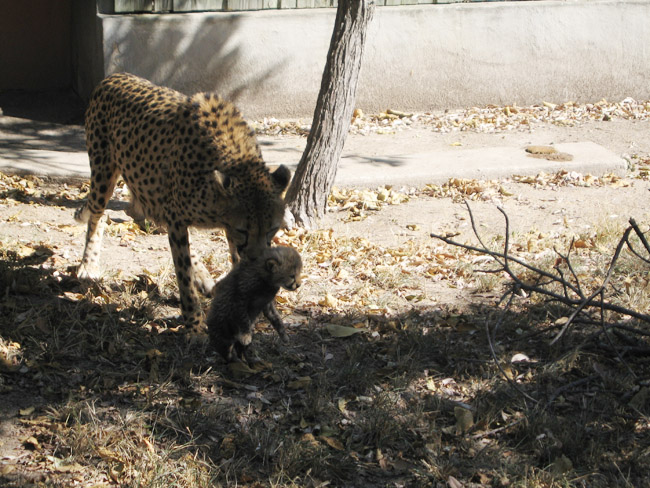 Thea and one of her cubs

Thank heavens all ended well! When we approached the enclosure the following morning, we found Thea happily lying with her cubs, embracing them lovingly… 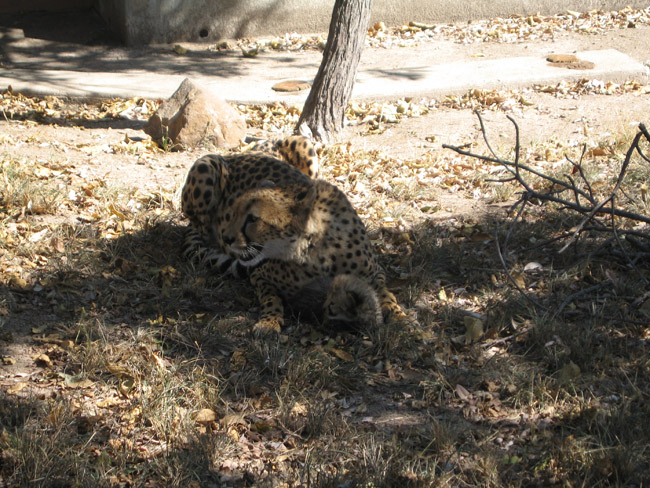 Thea and one of the cubs