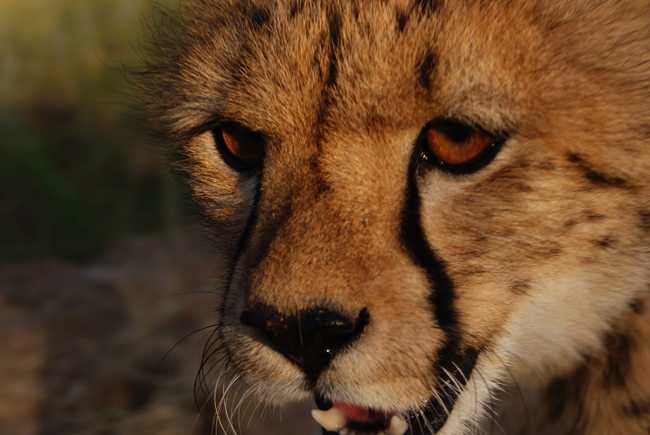 It was a very exciting day at Hoesdpruit Endangered Species Centre yesterday! They tested a new toy.

Aptly named “The Lure Machine”, this simple device (literally just a ball, mop and a piece of meat) has been designed to keep our resident cheetahs exercised.

Following an extensive study into carnivore’s feeding habits conducted at the Hoedspruit Endangered Species Centre by an advisory committee including Professor Reyers and Dr Schutheiss, the esteemed scientists made a very interesting observation. Blood samples showed very high ammonia levels in our cheetahs.

Ammonia generated in large quantities is toxic to the brain. The cheetah’s body is made for high speed over short distance. We spent some time studying the daily habits of cheetahs in the wild. Although all cheetahs have high ammonia levels, wild cheetahs are not affected by the toxin. It has therefore been concluded that exercise is probably the answer in managing the harmful effects of ammonia. We realized that we could well see healthier cheetahs by exercising them more frequently.

Hence the LURE machine. Originally devised to train running dogs, the equipment is
now used by several zoos to exercise and condition cheetahs and African wild dogs. Falconers utilize lure coursing equipment to both train and condition their short wing hawks (those raptors that hunt game on the ground) and to perform educational demonstrations of a hawk’s hunting techniques and flight abilities without sacrificing live game. 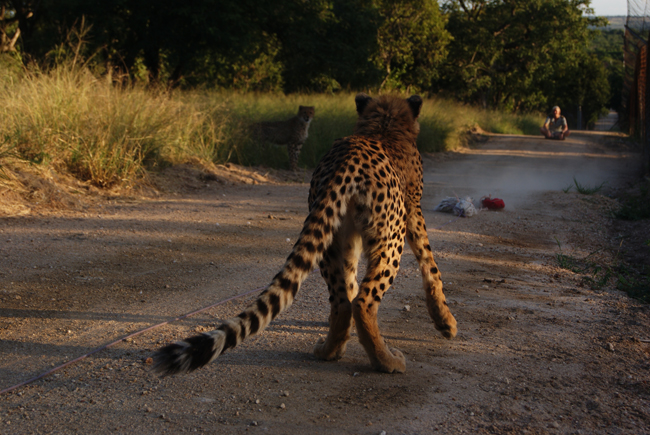 Taking all of these invaluable resources into consideration, we put our heads together and created our own version of the LURE machine.

Who better to test it with than four of HESC’s most committed sponsors – Heidi & Allen Roberts, and Heather and Jimmy Giannoccaro. Seen here with Lente Roode, the excited party watched on with baited (excuse the pun!) breath to see the outcome. 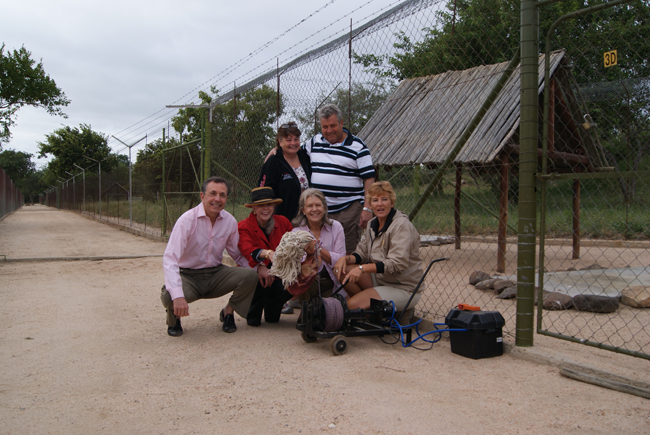 Lo and behold, it worked! We introduced the foreign looking object to our adolescent cheetahs by hand, and after some skepticism, they followed it across the ground. Not a full-tilt sprint yet, but we are optimistic that as they get used to it, they will be lured into a much faster pace. We are planning for bursts of about 300 – 400 metres at a time, replicating conditions in the wild.

We will continue with our introductory orientation programme of the Lure Machine. Pending the outcome, we will perhaps look at starting a public viewing to enable visitors to the centre to observe a cheetah running at full speed.