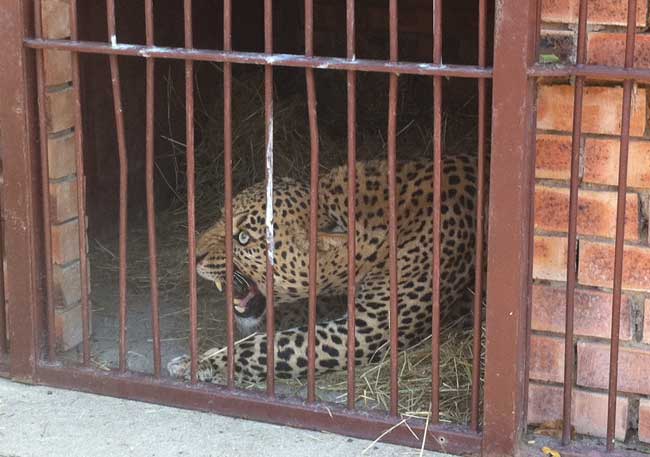 On the 8th of September our friends at HESC received another leopard through the Leopard Conservation Project. Project founder, Fred Berrangé, together with Nature Conservation, discovered yet another caged leopard in the Limpopo district. The animal had been earmarked to be hunted by foreigners for a great deal of money. The leopard is a male, and looks to be in the region of seven years old. He is very beautiful, and given what he’d been through, extremely aggressive as well.