Why I’m Coming Back 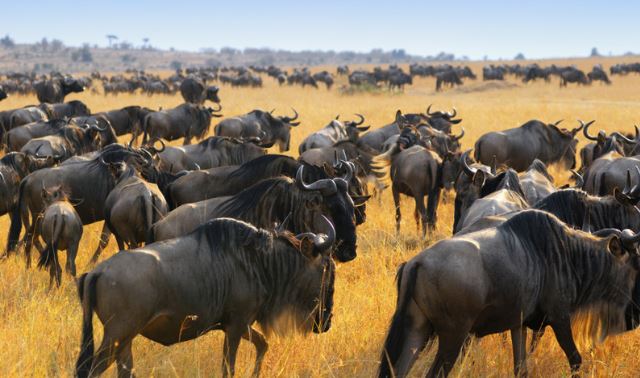 Two summers ago Jacob went on one of our Shamwari Conservation Experience projects and enjoyed it so much he has decided to come back in the next few weeks for round 2!

Below is what makes the Shamwari Conservation such an amazing place in Jacob’s eyes..

The 25,000 hectare reserve of the Shamwari Conservation situated in the eastern cape of South Africa is truly a fantastic spectacle. The work and vision of Adrian Gardner, Ian Player and other’s in transforming the reserve from a vast region of farmland, desolate of native wildlife, to a biome home of Africa’s big five, is surely one of the great triumphs of conservation. Shamwari literally translates to ‘my friend’ in the native Zimbabwean language ‘Shona’, an eloquent advertisement for the congenial character and camaraderie of the conservation experience.

The People
The amount of like-minded people I met, highly motivated and interested in conservation, during my time at Shamwari was quite astounding, and the co-operative nature of the activities gave a strong feeling of community spirit. Fortunately for some, such community spirit fosters a portion of competitiveness among the volunteers and rangers. I was not of such fortunate ilk – I’m still recovering from my slow and eventual realization that table tennis is by far, not the game for me having been defeated consistently in the bi-weekly tournament held in free time around activities. I would have gotten over it had we not decided that the place finished determined the order at which volunteers jumped in the pool at the end of the day! I managed to redeem myself in the ‘Bush Olympics’, spitting an Impala Dropping the furthest by any UK representative and receiving my ‘bush gold medal’ and ‘world record status’…still haven’t heard from the Queen though! I can honestly say that the diversity of people I encountered at Shamwari, in combination with the natural group spirit during activities made volunteering one of the most enjoyable experiences of my life.

The Rangers
Shamwari’s distinctive nature was summarised perfectly by Konrad, who has a wealth of knowledge that verges on the obscure and obsessive. A friend of mine asked ‘what do Giraffe’s eat?’, to which Konrad explained the reliance of the Giraffe on a particular species of ant that inject growth hormones into acacia thorn for housing and the simultaneous benefit on the Giraffe’s diet. Whilst they do seem around fifty percent textbook, fifty percent Indiana Jones, I can confirm that the ranger’s are in fact one hundred percent human and are some of the loveliest, most memorable people I’ve met. From the minute you entered the reserve the likes of Konrad, Cindy and Jens were genuinely interested in where you were from, what it is you wanted from the Shamwari experience and in doing so made us feel welcome, and contributive to the ‘behind the scenes’ happenings of the reserve. Without comparing the ranger’s to hooved mammals, a similarly warm welcome was given to us on entry to the reserve by a lonely and stubborn veteran giraffe, who proved quite the obstacle to the taxi driver’s Ford Mondeo, adamantly refusing to move from the road, with his pleasantries forcing us twenty minutes late for dinner.

The Experiences
During my time at Shamwari, one thing that struck me is that no two weeks on the conservation experience are ever the same. The dynamic nature of the activities shifts to meet the needs of the rangers – the volunteers could be needed to assist in the darting, capture, treatment or relocation of larger mammals, required to feed big cats, work alongside the fantastic, highly sophisticated anti-poaching unit, or clear alien vegetation to maintain the fauna of the reserve, to name but a few tasks I was involved in. I was lucky enough to take part in the relocation of an imperialistic hippo that seemed to have no concept of territory, consistently fighting other males for access to females, and unfortunately not accepting defeat. The Hippo required immediate medical attention, and so had to be darted and moved to an area of the reserve where it wouldn’t encounter more foes. Johan, the head vet gave us a briefing on the tactics behind darting an animal as large as a hippo, and believe me they genuinely double in size as soon as you step off the confines of a Land Cruiser. To be involved in a medical and transport procedure that saved the life of a hippo was a breathtaking highlight.

Whether or not I have a pathological desire to not finish last in a table tennis tournament, or to have a continued involvement with my interests in conservation, I am ecstatic to be able to visit the reserve for a second time in the coming weeks. Speaking to a few friends from the last trip of my next adventure to South Africa, they’ve since been inspired to visit again, and I think this is real testament to the amazing wildlife experiences we’ve all shared together, as well as the congenial nature of the volunteering program.