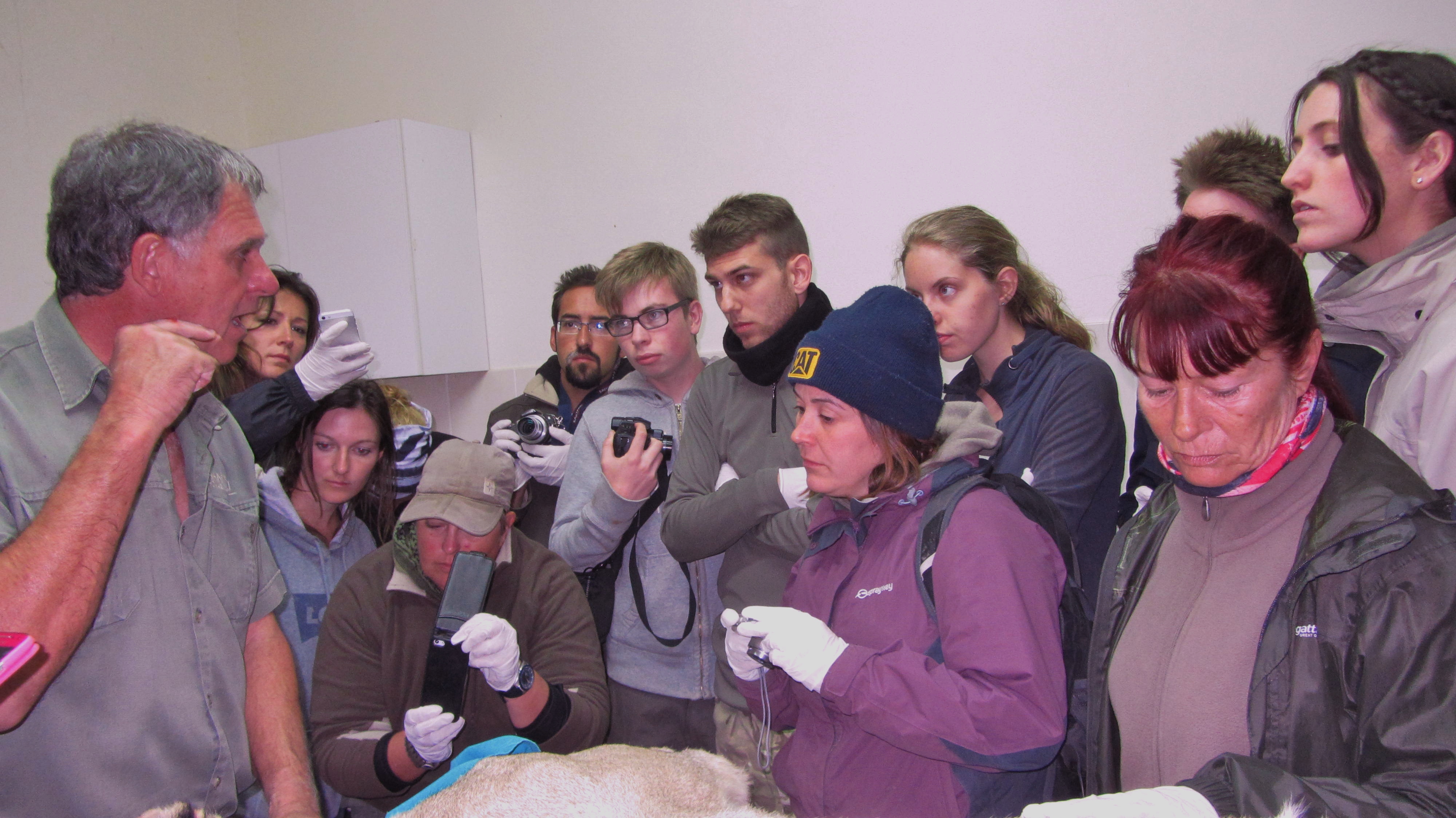 When you volunteer at Shamwari Conservation Experience you will spend many afternoons monitoring the various animals on the reserve.  As well as general monitoring, there are dedicated sessions for the elephant and rhino population, as well one for predators.  These sessions are designed to locate and check up on the health and well-being of the population on the reserve whilst observing their behaviour and recording other useful data.

With 25,000 hectares to cover and a huge number of animals to keep an eye on, this is an important part of the conservation programme and is an integral part of the reserve ecosystem management.On many occasions, during these monitoring sessions, injuries or complications have been spotted and as a result the wildlife team has been brought in to formulate a treatment plan where necessary. In the last few months the volunteers have spotted an elephant with wire wrapped around one of its legs, a baby rhino with an open wound on its leg, a buffalo with a deep wound on its knee and a lioness with a very bad gash on her cheek.  All of these injuries needed veterinary treatment, either administered out in the bush or by bringing the animal into the rehabilitation centre. Either way the volunteers are involved and assist with capture, transport, treatment and release. It is during this time that groups learn so much about animal management and what processes Shamwari has in place to keep their animal population in harmony with their environment.

Not only can you be up close to the animals but you can inspect the smallest things, like touching claws, seeing the texture of the tongue, feeling the muscles in tails which you don’t have an opportunity to do in the wild. There are not many people who can say they have touched a lioness’s teeth! It is hard to describe what impact this has on our volunteers, it is without doubt a privilege to be this close to wild animals and play a part in managing their welfare.

All of the aforementioned animals have been stitched up, treated and released back into their natural habitat and are all recovering well. A job well done – and one that will remain with our volunteers for life.