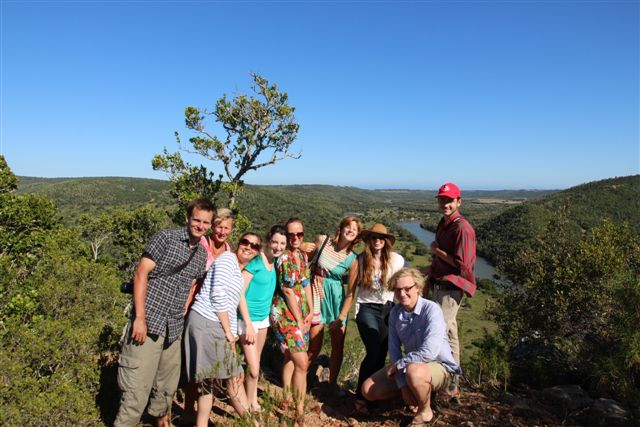 January and February 2013 can be recorded in the history books as the most adventurous, crazy and amazing two months in the life of a Kariega conservation volunteer (well that’s my opinion for somebody that’s been here for 2 days longer than the first 2013 volunteers). It started off with the elephant herd visiting our house 20 minutes after I arrived with the first volunteer group.

We’ve had some really odd and amazing lion sightings this month, which included 4 adult lions walking very speedy towards our car with tall bushes enclosing us and me reversing for (it felt like 1km) ages to get out of these hunters’ way. We also had a lion sighting where one of the males pretended to walk past our ship (new name for our game viewer -thanks to our volunteer, Gustavo, who couldn’t seem to find the name ‘cruiser’ in his Argentinian vocabulary) and actually went around the bush and popped out on the other side, giving our poor volunteers THE STARE. Other than odd, our lion sightings were blessed with Full mane mating with Mommy – this is incredible to see! News is that Aunty has had cubs! She disappeared from the pride a few weeks ago and has been seen with very swollen teats…we are still trying to follow her to her cubs but she is amazing at disappearing into the bush. A female lion will keep her cubs hidden for the first few weeks after birth before she introduces them to the pride. What is worrying however is that Aunty has recently been spending extended periods of time with the rest of the pride. We really hope the cubs are still alive and well. We will keep you updated on this story on our official volunteer Facebook Page: ‘Kariega Conservation Volunteers’.

The ship and its volunteers have officially been selected to be the ‘Rhino Scouting vehicle’. This means that we have to find our seven rhino as often as possible and log their locations. This information is then given to the wildlife managers who are constantly concerned with their safety and we are also using this info to build up a database which will soon become a rhino spatial movement study.

Our first night drive of the year was delayed by about 30 minutes because we were ‘trapped’ in our yard as Charlie (our young elephant bull) was leisurely blocking our gate. Our night drives have been filled with incredible sightings of wild cats, active and patrolling lions, us being in the centre of an elephant herd with members almost scraping the ship as they passed us, genets, porcupines, rhino, buffalo, hippos and last but not least, the very rare AARDVARK! Night drives give us a glimpse into the lives and behaviour of all the nocturnal species that we often lie awake and listen to at night. 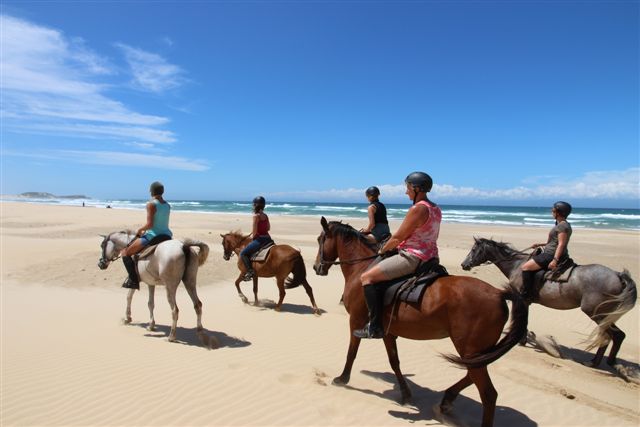 We’ve been mostly viewing the elephant herd members browsing in the bush over the past two months, but when we finally got to see them on the plains, we discovered that there was a tiny new addition that was fiercely protected in the centre of the herd. Our herd is now 26 members strong, which is still under our reserve’s elephant carrying capacity. We would however have to keep an eye on the herd’s impact on the vegetation through our elephant impact monitoring study in order to ensure that these destructive feeders don’t go overboard with their indulging habits.

Our leopard monitoring study – which entails us putting up camera traps on ‘leopard habitat looking’ areas on the reserve – provides the volunteers some excitement every week as we race home after fetching the cameras from the field to view the photos. We have not been successful in capturing a leopard on camera but it is never disappointing seeing all the elusive nocturnal animals close up. We have seen many leopard tracks on the reserve and will enthusiastically keep on trying to find these beautiful, elusive cats.

We look forward to many more adventures and unforgettable animal encounters here at Kariega Game Reserve. Come join our journey and be part of a wildlife conservation experience of a lifetime!