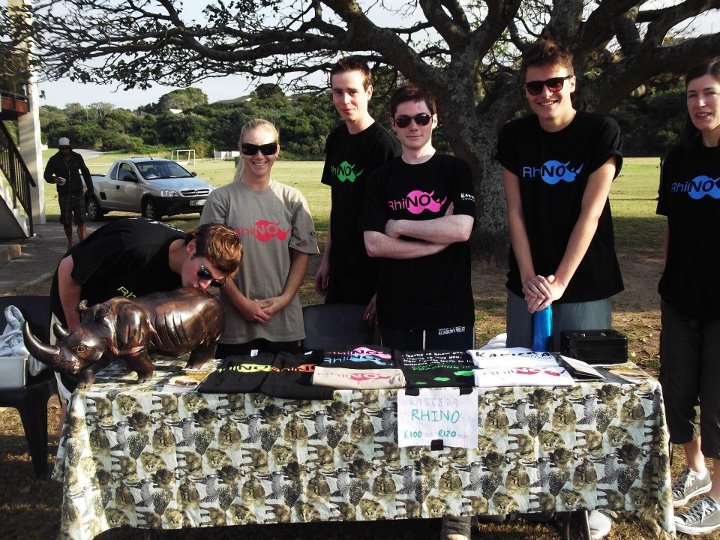 Volunteers from Kariega Game Reserve teaming up for a 7-a-side soccer tournament from which all proceeds were donated to Bongi’s Quest, a children’s booked aimed at raising awareness about rhino poaching. We also had a chance to sell the new Kariega T-shirts which raise money for various organisations that support the fight against rhino poaching. Our team (from left to right): Spitz, Justine, Berjan, Danny, Max, Sandra and Maeve (not in photo). Unfortunately we didn’t win the tournament, in fact we didn’t stand a chance, but everybody had a lot of fun raising money for a cause very close to our hearts! Thank you Kariega volunteers!

Read more about how you can get involved by coaching abroad.