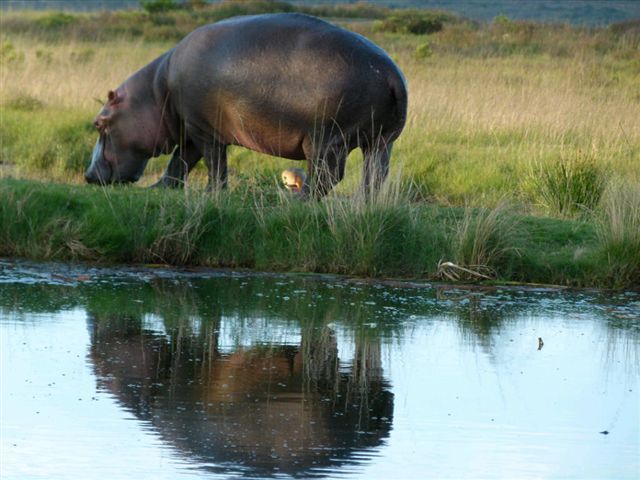 This photo of a hippopotamus bull out of water was taken by one of our conservation volunteers on Kariega Game Reserve. The hippo bull became a frequent visitor to the dam next to reception after the 2011 July floods. Seeking refuge from the fast flowing river many of our Kariega hippo’s moved to isolated dams such as these, and although most of them returned to the river as soon as the flood water receded, this guy liked it so much he stayed for good.

At first he would plunge into the water at the first sign of a car on the nearby road, but sightings have improved as his confidence has grown. On this particular day, the Kariega volunteers caught him leaving the dam just before sunset and although he kept a watchful eye on us, he relaxed enough to wander about the dam wall and grab a few mouthfuls of grass.