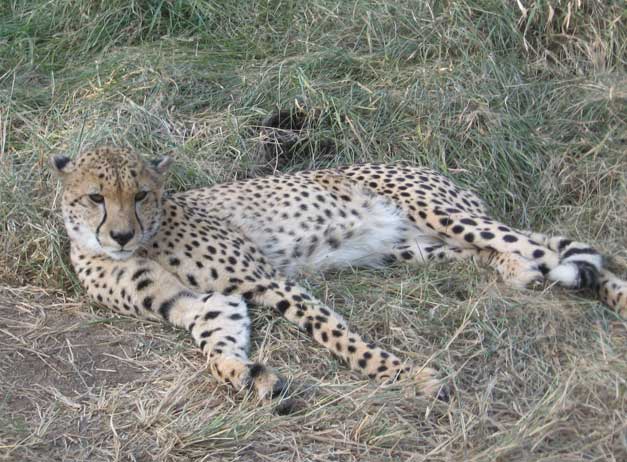 This is one cheetah that did not have a great start to his life. Along with two of his litter mates, Martin’s legs were tied together with a rope and people then abused them as they saw fit. Fortunately the SPCA was informed of these atrocities, and confiscated the cheetahs. Sadly Martin was the only one to survive, and because of what he had to endure he was understandably aggressive towards humans and other animals.

But after being at Hoedspruit Endangered Species Centre for a year, Martin has grown progressively more amenable. We recently paired him up with another cheetah called Carl, and the pair are getting on famously. He has also come to view humans in a better light as well.

Martin was adopted by the Susan Fourie Charitable Trust, and their comment regarding his story speaks volumes: “We were very distressed to read of Martin’s experiences. How members of the human race can treat animals in such a brutal fashion defies belief.”

We ‘re just over the moon that Martin is finally getting some well deserved and long overdue love from our species through this adoption.