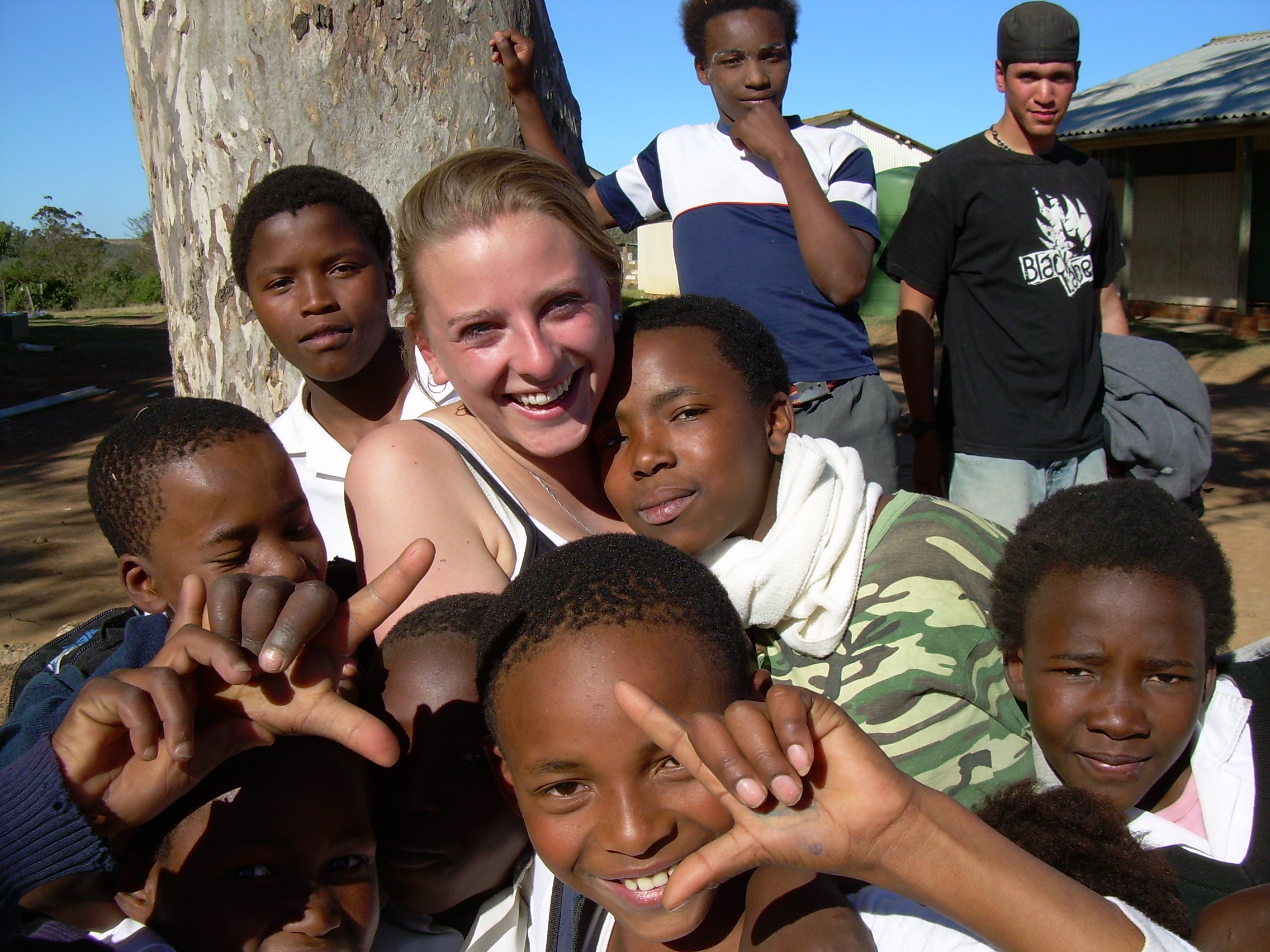 The month of June was a rainy one for Kariega Game Reserve, but the weather did little to dampen the volunteers spirits! And if nothing else it provided us with a good excuse to sit around the warm fireplace at night. After 150mm of rain over a three day period the Kariega River was officially in flood, and many of the roads which we had frequently used in past suddenly disappeared over night. This presented the volunteers with a whole new set of challenges. Lets just say that if any unsuspecting souls should find their car stuck in the mud, I have volunteers situated all over the world who are trained in various methods to get it out again.

However, in between the rain days we also experienced some beautiful sunny ones, which gave us a chance test the waters and get the canoes out again. The banks were more slippery than usual after the floodwater had receded, and getting into the canoes turned out to be a comedy of errors. Once everyone was successfully in their canoes, but covered head-to-toe in mud, we set out for a peaceful paddle up the Kariega River.

We also took advantage of the wet soil to do some alien clearing. The invasive Black Wattle builds up a large seed bank in the soil and although in most cases the parent trees have already been cleared, seedlings can still germinate in that area for years to come. The seedlings must be pulled out by the root because if it is cut or broken it will resprout. This is much easier to do when the soil is damp and so wattle clearing is always a good option to keep the volunteers busy on the occasional rainy day.

One of the highlights of every week is volunteering our time at Farmerfields, the local rural school. Not only does this interaction expand the children’s horizons but it is also a fulfilling experience for the volunteers to see what a difference their presence at the school makes to these young children’s lives. Some of the volunteers bring school stationary and ball games with them to donate to the school, which are always appreciated by the kids. We had a fun time trying to teach them to play American baseball, but slowly the game began to more closely resemble that of cricket, which is most South Africans preferred sport.

We saw a lot of wildlife this month, however two particular sightings stand out in my mind as really special moments. The one was when we went on an evening drive and saw the lions just as it was beginning to get dark. The females and cubs walked right past our car while the two males remained behind, which meant the car was completely surrounded. The males then began a contest for the loudest roar, a sound that cuts right through you and shakes you to the bones. What a wonderful reminder of the lions awesome power. On another occasion we came across the entire elephant herd out in the open plains. It was a beautiful still evening with a vivid orange sunset behind them, and it was made extra special by the fact that we got a good long look at the new Kariega baby, a two week old elephant. We were also lucky enough to see two of the more elusive animals this month, the black rhinoceros and the caracal.

The volunteers have been making the most of their weekends and have been getting up
to all sorts of exciting adventures lately. Some opted to spend the weekend in a bed and breakfast in Port Alfred and took up sand boarding as a new hobby. Sand boarding is a great way to appreciate to rolling sand dunes and expansive beaches that the Eastern Cape has to offer. We also enjoyed the sights, sounds and flavours that the yearly Grahamstown National Arts Festival had to offer. There was plenty of South African memorabilia to buy and I definitely think the volunteers will find their bags a little heavier at the airports on their return trips home.

Another month has flown by at Kariega, but as they say… time flies when you’re having fun!