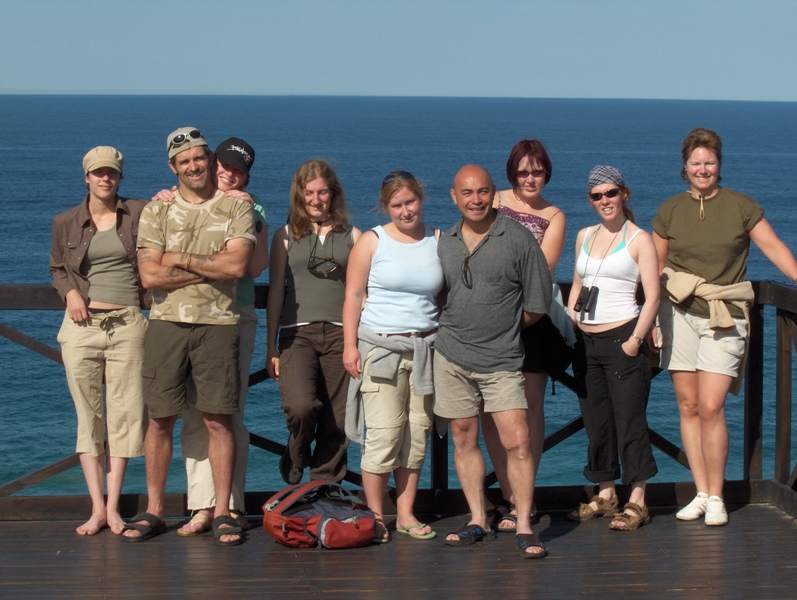 Last week was action packed for Kariega’s new volunteers, and this week is looking like
it will be more of the same!!! Shortly after their arrival at Kariega the elephant herd politely introduced themselves to the volunteers by parading past our game viewer vehicle in single file. The two babies are getting bigger each day and it is fun to watch their interactions with the rest of the herd as they explore their new surroundings.

Day 2 was a baptism of fire for the volunteers as their first morning here was a wake up
call of 5:30am in order to prepare for a full day of game capture. We assisted in the darting and relocation of Waterbuck and Nyala from Kariega East to Kariega West, two separate
sections of the reserve. After a long day of carrying sedated antelope around in the sun we all enjoyed a cold beer at the bar and recounted some of the more humorous moments from the day.

Then it was time for some of the most important work on any game reserve, the removal of
invasive alien plants! This is a very important part of the job as it not only preserves our natural vegetation for aesthetic purposes, but also promotes biodiversity and conserves our water catchments. 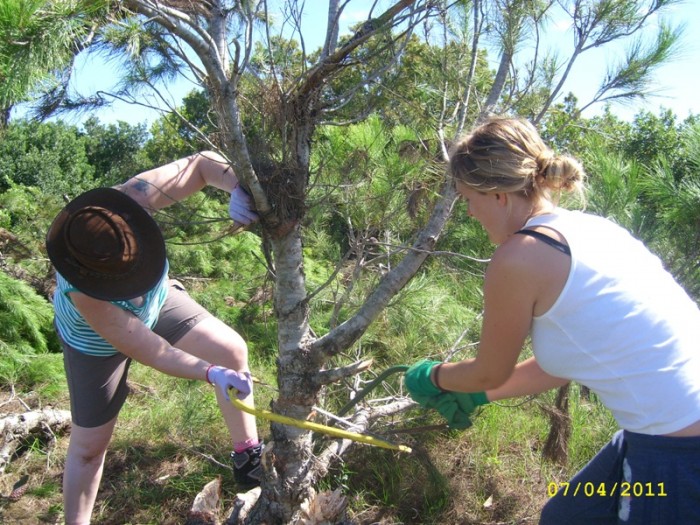 Another great sighting that we were privileged to witness during the past week was the
rejoining of the mother lioness and her cubs to the rest of the pride. The three cubs were extremely inquisitive and brave around the dominant male, pouncing on his mane and stalking his tail. We also saw a bit of a quarrel between the pride over a young warthog kill. The other lioness had the carcass and made vicious noises of protest as the cubs crept persistently closer, but in the end she relented and the cubs enjoyed the scraps that were left behind.

We also came across the hippopotamus’ in a secluded spot in the river while checking
the trail cameras. These cameras are motion censured and have been placed around Kariega in various positions in order to capture photos of the elusive leopard in its natural environment.

This weekend the volunteers took full advantage of the sunny weather by heading to
the beautiful Kenton-on-sea beach on Saturday, and enjoying a braai and the pool at the volunteer house on Sunday. We look forward to a few more adventure filled days in the week ahead, as we have been promised more game capturing is to take place in the not too distant future!

I hope to see you here soon,