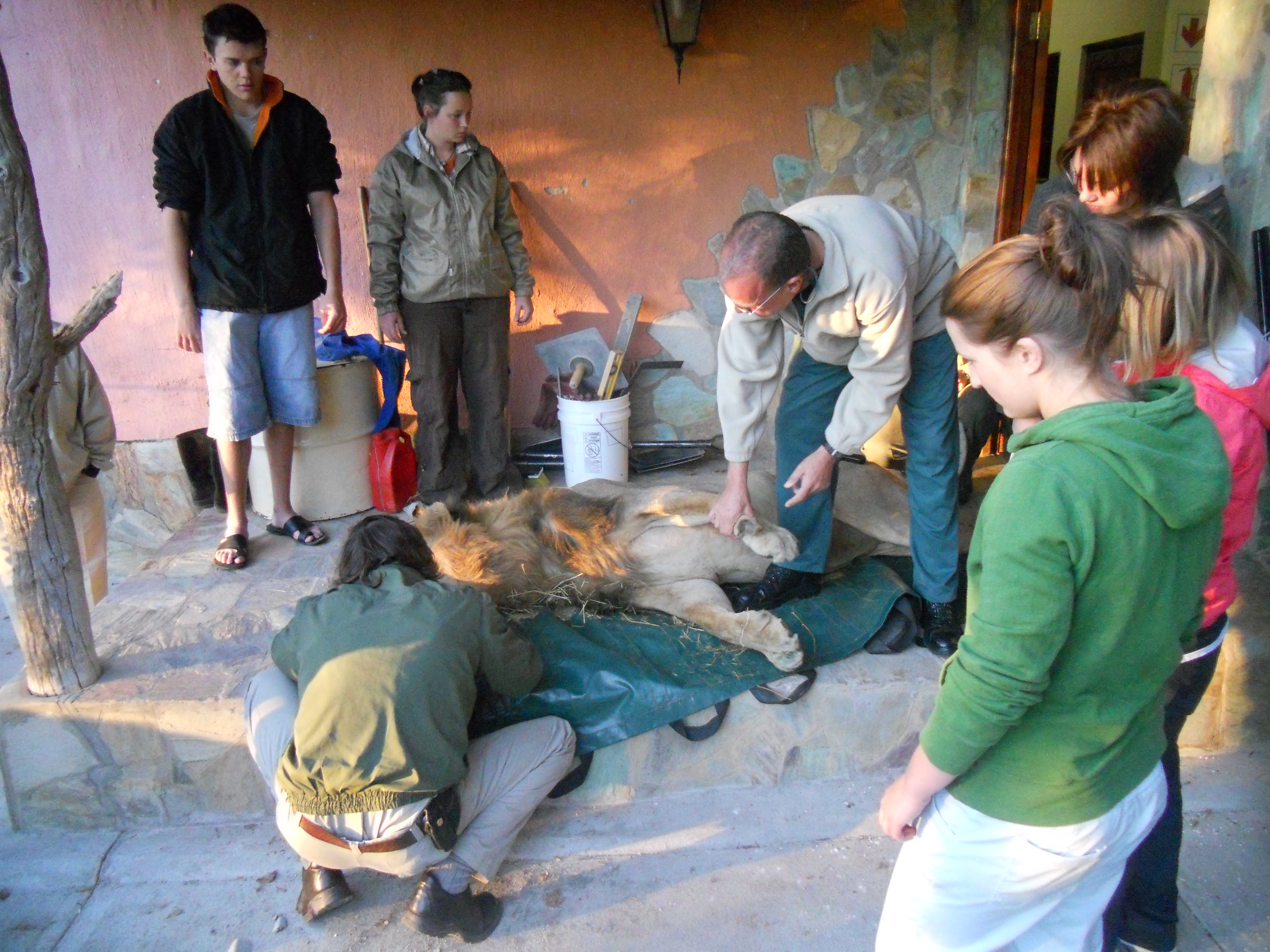 To start this week off, I got to join in on hunting some
lion…ok not actual hunting. Four lions at HESC were born with a vitamin deficiency
and need to be injected with supplements in order for them to get better. We got to drive around in their enclosure to inject all four with the supplements.
They, of course, didn’t like being near humans and it took about 2 hours just
to finish off this one simple task. Some of the lions would climb trees to
escape while others would forget to look where they were going and they would
run into a fence.

The next event outside of my regular activities was my
trip to the nearby Reptile Park. This was a very informative tour and was also
really cool – I got to hold a python! I learnt a lot about snakes and other
reptiles. This consisted for half of the day but was well worth it.

We went on a day trip to Kruger Park. This consisted of
waking up and being on the road by 5:00am! I have never been a morning person
but since I arrived in South Africa my mind set has changed. The sun rise there
was hands-down, the most beautiful sunrise I have ever witnessed in my life! At
Kruger Park we saw much wildlife and I learnt a lot about the animals. The day
was amazing. We saw a male and 2 female lions soon after they had made a kill.
I was told this is a rare sight. For one, lions hunt at night and for two, I
guess to spot it is difficult.

A cheetah at the centre had been sick for some time and
her health was not improving. The centre decided it was time to euthanize her
so we were off the vet clinic. Before going to Hoedspruit I never could imagine
me wanting to be a veterinarian. I didn’t think I would be able to handle a
sick animal or see one get cut open. After the cheetah was ‘put-down’ she had a
post-mortem done and I had permission to stay and watch the whole procedure. I
found the process very interesting and not one bit gross. After watching what
the veterinarians do, I am thinking about going into become a vet.

The second vet practice I got to witness was a procedure done
on the lion that was brought in during my first week. The lion had at least 5
root canals (just like humans), had part of his tail amputated because the lion
had bit the end off from being in stress and he had his paws cleaned up. This
whole job took about 6 hours. It was long yet cool and once again, informative.