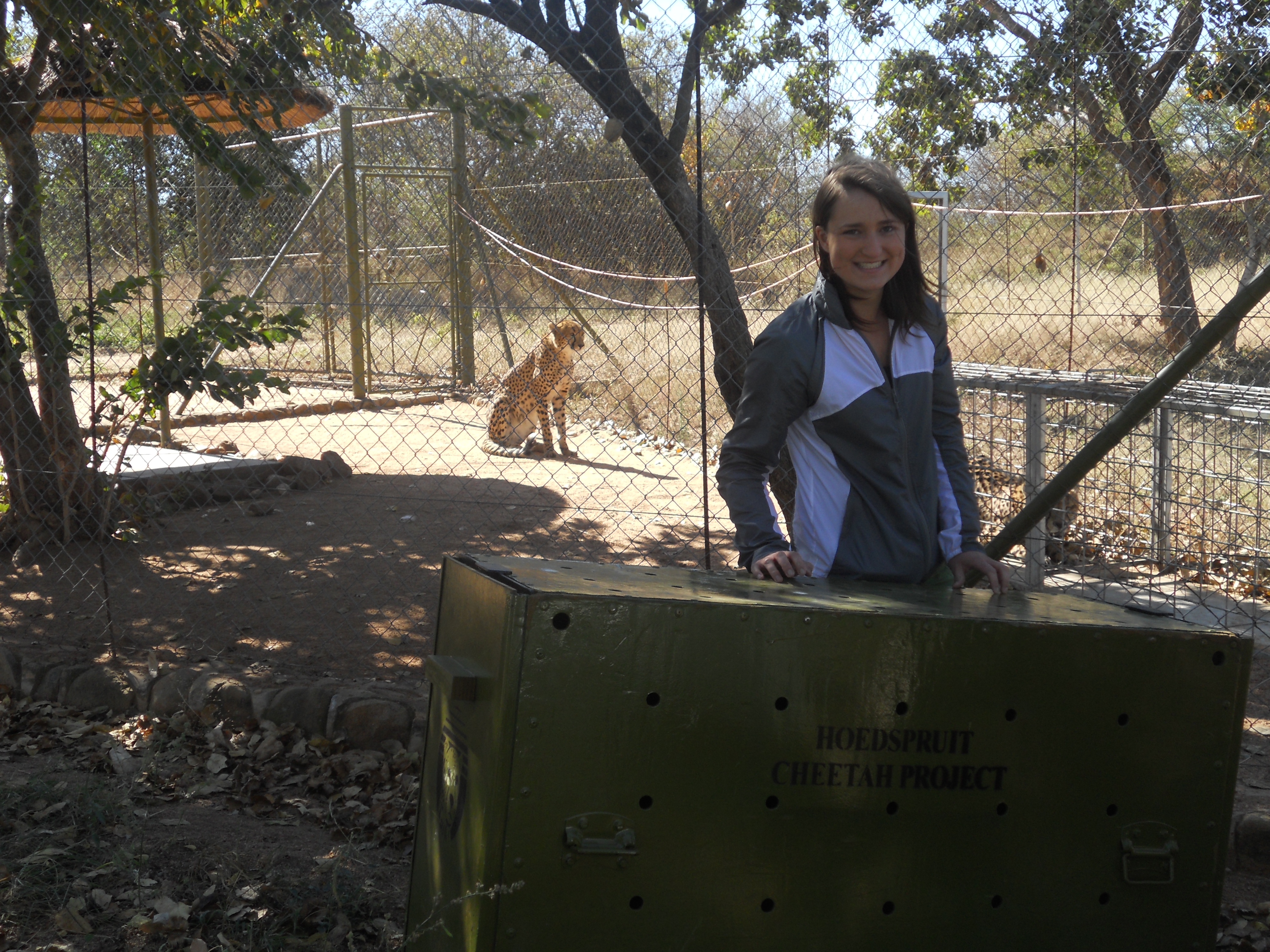 My name is Amber Kobes and I am a 19 year old Zoology student from
Ontario, Canada. I was born and raised in Alberta with a hope that one day I
could work with animals. After much searching, I found the Project at HESC (Hoedspruit
Endangered Species Centre) through Gap Africa Projects and thought it would be
the perfect experience for me to attend and see if I really want to continue
working with animals.

I was quite nervous heading to Hoedspruit seeing as though I was travelling
from Canada to HESC all by myself. When my plane landed at the airport I was
both excited and thrilled to actually be in Africa. I was picked up by an
employee from HESC and almost instantly my nerves disappeared.

My first day here I was introduced to the guides and other
employees and was shown to the camp where I would be staying. Everyone spoke English
very well and made me feel very safe and welcomed. I found out that I was the
only volunteer that would be attending for the full three weeks – 2 other
students were to be joining later on in the programme but only for a few days.

During the first week I was taught how to do daily activities that
I would do consistently throughout my 3 weeks in the programme. This included
preparing and feeding the small animals, cheetahs and lions. All of the preparation
for the small cats were written on a piece of paper and on the second day I got
to prepare the food on my own. The cheetahs preparation including going to the
butchery every Monday, Wednesday and Friday to cut chunks of fat of the meat
they will be eating. At first the meat is gross to touch and the smell is horrid,
after a while you get used to it all and forget that you are chopping up bloody
meat. I found feeding the small animals was more intimidating at first. They
are the size of house cats but sound vicious. I personally never thought something
that small could hiss so much. The cheetahs on the other hand pur! Amazing, at
least I thought it was cool. You can’t walk in the feed the cheetahs so if they
are in their feeding enclosure you have to throw their food over the fence. The
first time I did this I got the piece of meat over and on the slab the cheetahs
eat on. The student helper with me said it was the first time he had seen a
student do that on their first try.

At the end of the week I got to feed the impala whom eat apples
and grass pellets from your hand. The head male impala tended to hog all of the
food. He would only let the females near me also, none of the other males were
allowed to come close to me when I had the food. Zeta the Zebra was also
jealous and I was told to watch for her and stay clear because she will buck
you. Thankfully, the head impala didn`t like her so she `never got near enough
to me.

At the centre they have an area called the vulture restaurant
which throughout my stay had become one of my favourite sights. It is an area
where bones and rotten meat are put and the vultures and storks swoop in all at
once to get the food. 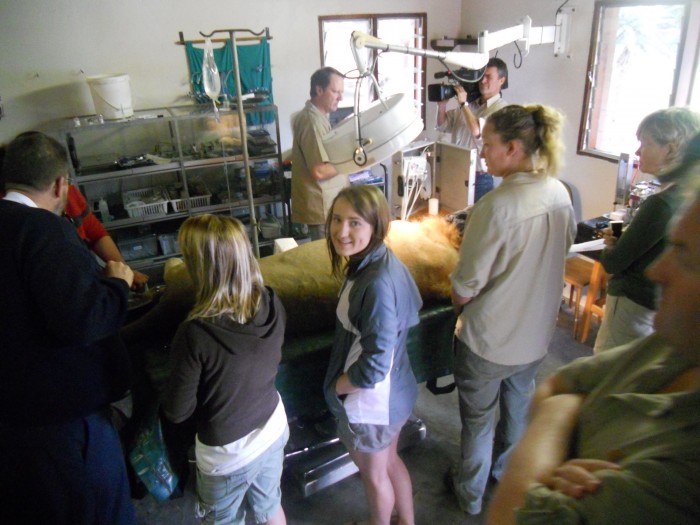 In my first week an injured, wild, assumed 3 year old lion was
brought in. The lion had been caught in a snare and had it’s paw cut open and
while attempting to get the snare off he broke 2 of his ‘big teeth’. Although I
felt bad for the lion, it was beyond amazing being able to see him up close. I
got to help off load him from the vehicle into the clinic. He was very heavy
and simply big. I had never seen a lion up close before and this experience is defiantly
one I will never forget.

This week also consisted of my first excursion day at the Blyde River Canons and my
day off which I decided to go water rafting on. Both of these activities had
spectacular scenery! I saw a lot of country side on my way to these events and
I enjoyed them both very much.