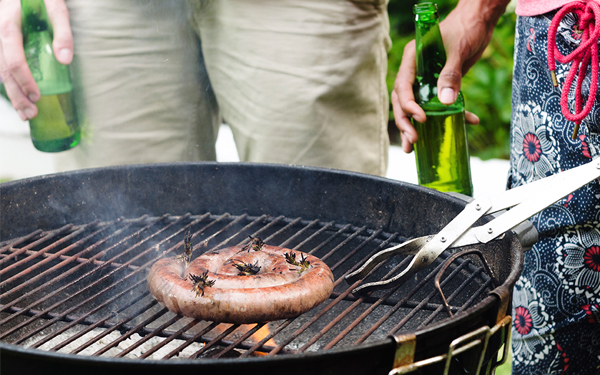 If you’re heading out to South Africa and a bit of a self confessed ‘foodie’ then you’re in luck! South Africa is famous for its range of taste bud tingling food, from curries, grilled meat and of course, biltong! Take a look at the list below to see a taster of some of the best South African dishes – And funnily enough they all begin with a ‘B’…

1. Braai
Possibly the most popular national cuisine on our projects – an authentic braai is a must do! It can be summed up as a South African BBQ and originated from butchers in Johannesburg cooking meat on the grill at the front of their shops. A braai is now a popular social custom for communities to bring friends and family together and enjoy delicious food – there’s even a Braai Day on the 24th of September!

2. Bobotie
Although it may look much like your typical lasagne, bobotie is very much a South African dish. So much so in fact, that it’s the national dish of the country! Originating from Indonesian settlers, bobotie consists of minced meat simmered with spices, dried fruit, herbs and topped off with a mix of egg and milk. It’s a really hearty meal and leaves a lovely tangy taste in your mouth.

3. Boerewors
In Britain we have the Cumberland sausage, in South Africa they have the boerewors (it’s a tricky one to say, we know – find out just how it’s pronounced here!). Derived from the words ‘boer’ meaning ‘farmer’ and ‘wors’, meaning ‘sausage’ the boerewor is traditionally made from beef mixed with lamb, pork and a mixture of spices, giving it a very distinct taste. For the best taste though, we’d have it on a braai! Once dried, boerewors also become a tasty snack known as ‘droëwors’ – a name that literally means ‘dried sausage’. They are quite different to other dried meats, as they are free from curing agents – but they’re still an incredibly popular snack, not least for their similarity to biltong!

4. Bunny chow
Don’t worry – it isn’t actually a bunny! Bunny chow consists of a hollowed out bread loaf filled with curry and is an ever popular South African fast food, particularly in Durban. Bunny chow is a very messy meal (you’ll need a lot of napkins), but it tastes wonderful. Bunny chow has also begun popping up in the UK, even in the form of a full English!

5. Biltong
Thanks to its low fat and high protein content, biltong is rapidly becoming one of the most popular snacks in the UK. Biltong is dry cured meat – beef is often the common choice – but you can get all sorts such as kudu, impala and ostrich. It’s common to find biltong with some added flavour such as garlic or chilli, along with traditional spices for an extra kick – Peri Peri biltong is one of our personal favourites, although it’s not for the faint-hearted!

If you’re drooling at the thought of some of these dishes, why not contact us to find out about some of our incredible projects in South Africa? You’ll be able to enjoy a life-changing and meaningful experience, as well as some delicious food.

We’ll also be writing another blog post in the coming weeks to introduce you to some other authentic South African foods (those that don’t begin with ‘B’!) such as chakalaka and malva pudding – we’ll even be throwing in a few local beverages too…