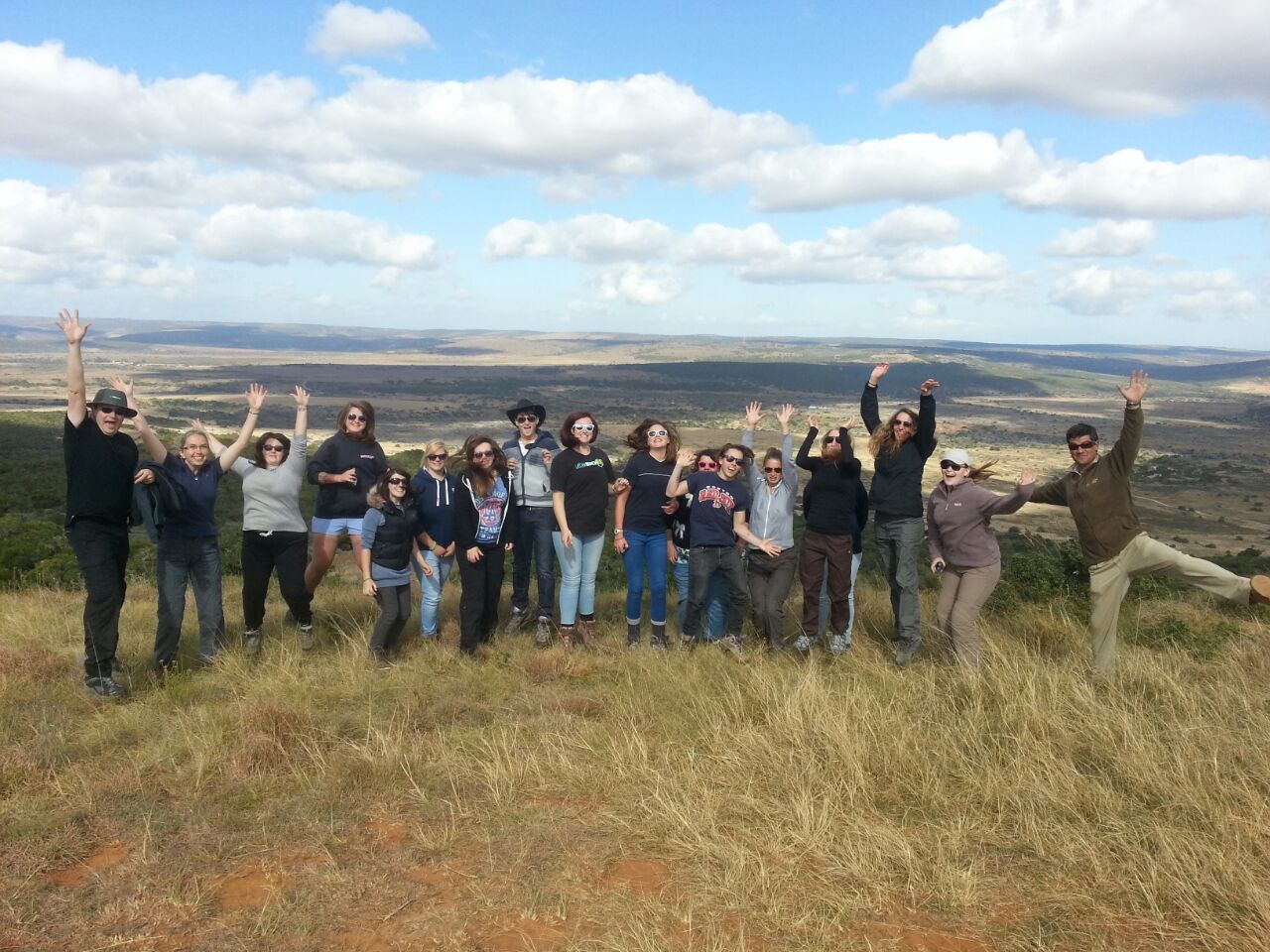 What an amazing day, we had no idea what to expect. Our guide, Cindy was really informative and we couldn’t have asked for anyone better to be our guide for this exciting new experience.
The morning started out with our introduction to Shamwari, the land and its history which led us out on to the jeeps to explore the land and take in the environment. Within minutes of driving around the reserve we were able to see a variety of antelope – including kudu and impala – and some warthog grazing. After driving on further around the reserve we had our first sighting of the magnificent ‘M’ herd of elephants by the river, including several juvenile elephants along with all the other females and a couple of young males close by. This was all an amazing experience for me as I would love to be an elephant keeper back home. Being able to see the elephants in their natural environment is mind blowing, I was really excited to be able to see the elephants so close to the jeep without a care for us being there. For such a large animal they were so docile and relaxed which was unbelievable. Further on in the journey we drove up to the top of a mountain which had the most beautiful views. From the top we could see for miles. While on the mountain we were able to spot giraffes hiding amongst the trees which was really exciting as this was a first sighting of them. On the journey down we stopped at the river to see if we could spot any hippos. We were able to see a large group of about twelve lying all huddled together. Even so far away the hippos looked huge and amazing.
In the afternoon we started road clearing and land maintenance, which included chopping down the bushes that over hang on the road and removing any rocks which could cause the jeeps problems. On the way back, two sub adult male lions were sun bathing in the middle of the road. We were able to sit and watch the lions for a few minutes before moving on and leaving them alone. The males didn’t seem to be too bothered by all the people staring at them and taking so many pictures so close to them. They just lay watching us, which was fantastic for someone who’s never seen anything like it. Further on up the track we were able to spot another group of lions, this time four young females playing with each other which was brilliant to see.
Returning back to the camp we arrived to a lit campfire with meat cooking over it, which was a lovely thing to come back to after the amazingly eventful first day we’ve had. On the BBQ was lamb and ostrich meat which the majority of us hadn’t tried so that was a new experience. It tasted really nice which was a bonus! Earlier in the day the day one of the tents had been raided by Vervet monkeys which stole some cheese Doritos, which was hilarious to all but one of our group. Today has been a brilliant first day full of wonderful new experiences. We could not have wished for a better first day seeing all the wonderful animals and experiencing all the new things.