Somkhanda is a 12000ha community-owned game reserve in the Zululand district of KwaZulu Natal and is home to the last of the ‘Big 5’. Somkhanda is home to breeding populations of two key endangered mammal species – Black Rhino and the African Wild Dog. The full complement of species that historically occurred in the area includes Lion, Elephant, Hyena, Giraffe, White Rhino, Wildebeest, Zebra, Impala, Nyala, Kudu, Bushbuck, Reedbuck and many more.

The Gumbi Tribe lost their tribal land during the years of Apartheid and in 2006 successfully won an ancestral land claim over a large area of Zululand and on a section of this they established the 12000ha Somkhanda game reserve.  The reserve supports the local community with job creation through ethical ecotourism and by providing schools and support to the local tribe.

The academic team at Somkhanda are able to offer a bespoke course to each institution dependent on their own personal objectives and learning needs.  We set out a basis of the trip, comprising of a 9 day academic module at Somkhanda plus an additional 3 day coastal module at Kosi Bay.

Somkhanda offers a true Wilderness Experience – Discover some of the amazing activities it has to offer: 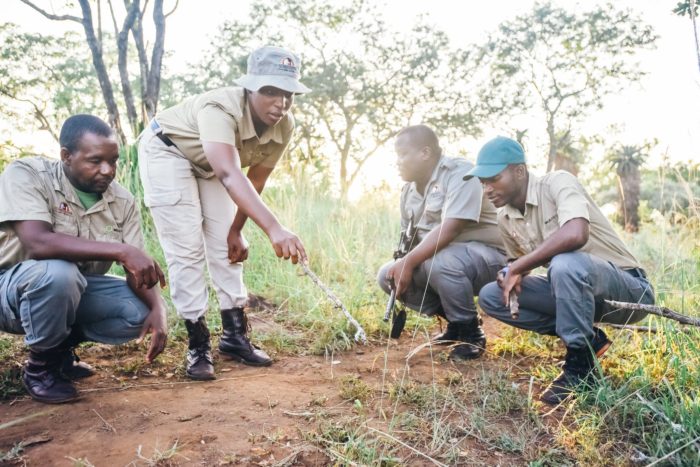 AM - Depart Somkhanda for Kosi Bay. PM - Lunch on Arrival followed by hike to the beach. Evening at Leisure.

In keeping with the Safari Adventure theme, groups are accommodated on the reserve in comfortable safari tents, with communal hot and cold showers and regular flushing toilets. The main camp boasts a stunning communal area, fire-pit and swimming pool. All to be enjoyed by your group.

The wilderness sleep out is in basic camps around the reserve. Sleep out under the stars and learn how to make a fire and cook on it!

At Kosi Bay the group will stay in comfortable tented accommodation.

All meals are provided and served in the main camp area which overlooks a watering hole. Meals are a mixture of traditional and western cuisine.


*Except for lunches on days of travel

Get in touch with any questions you may have regarding our Somkhanda Conservation Research Project – leave your contact details below and we’ll be more than happy to help!

If you’re interested to find out more, book an introductory presentation for your school or college group and we can visit to discuss our extraordinary projects in more detail.

Alternatively, if your group is now ready to enrol, click here to submit a booking form on their behalf.

Explore the fantastic memories we’ve captured along the way, to check out all the fun that’s to come!